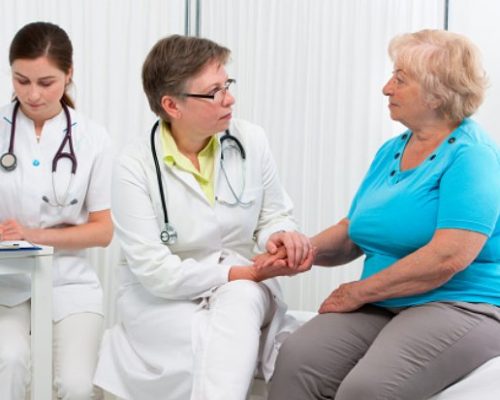 Getting a cold can be a bother. We can end up with a runny nose, congested sinuses, or only one nostril plugged, making it difficult to breathe. Oftentimes, we choose to tough it out and simply take the day off from our normal routine, getting as much rest as possible and, perhaps, taking some over-the-counter medication. But sometimes we may be excessively concerned about our cold symptoms, which may prompt us to visit the doctor. This was the basis of a recent study, whereby it was discovered that half of all seniors were taking unnecessary antibiotic medications for the common cold.

At first glance, taking some antibiotics may sound harmless, whereas it can actually be very harmful. First and foremost, it is important to know what antibiotics are and what they do. Antibiotics are medications to help fight against bacteria, such as an E. coli which can cause a urinary tract infection or excessive diarrhea. The common cold, on the other hand, is due to viruses—and antibiotics have absolutely no effect on them. When you’re taking these meds, not only do you expose yourself to unnecessary risk of the associated side effects, which may include rash, vomiting, and allergic reactions, but you also reduce the chances of that particular antibiotic being effective in the long term (which is known as antibiotic resistance).

“Unnecessary antibiotic use, such as antibiotic use for viral infections, is a major public health concern associated with avoidable adverse drug events, increased health care costs, and the emergence of antibiotic-resistant infections,” says Dr. Marcus Povitz, coauthor of the study and assistant professor in the Division of Respirology and Department of Epidemiology and Biostatistics at Western University’s Schulich School of Medicine & Dentistry.
The study in question looked at 185,014 low-risk seniors, aged 65 and older, from the province of Ontario, Canada. These participants were chosen due to the fact that antibiotics would not be clinically appropriate for their inherent diagnosis. Of the selected group, 53 percent had a common cold, 31 percent had acute bronchitis, 14 percent had acute sinusitis, and two percent had acute laryngitis. A total of 8,990 primary care physicians were visited by the study participants, with their resulting take-home treatment plan being quite unsatisfactory.

The researchers found that nearly one in every two seniors, or 46 percent of participants, were prescribed an antibiotic. Of those prescriptions, 70 percent were considered “wide spectrum,” which is associated with a greater risk of adverse patient outcomes, such as clostridium difficile infection, diarrhea, heart problems, and allergic reactions. The frequent use of this class of antibiotics also increases the chances for the development of antibiotic resistance.

“Our study shows that antibiotics are being prescribed too often for conditions that they cannot help, despite published professional guidelines that discourage this practice. Unnecessary antibiotics can cause serious harm,” says Dr. Michael Silverman, coauthor of the study.