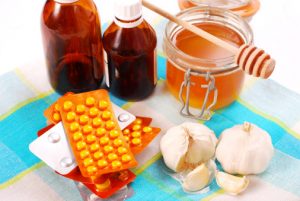 We know antibiotics are advantageous and honey has been a traditional natural remedy for centuries. Used separately, these gifts from modern and traditional medicine have proven their worth over and over again. Before we investigate their combined potential, there is something else you should know.

I’ve seen enough end-of-the-world movies to know that we could be wiped out by serious infection. Whether it’s a deadly flu epidemic or bronchial infection – that can be harder on elderly people because of aging immune systems – serious contagious illness seems far more likely to me than hostile aliens blowing up the planet. I’m not trying to scare you, but you just can’t say it won’t happen.

Smallpox killed about 60 million Europeans, including five reigning European monarchs, in the 18th century alone. Close to 30 percent of those infected died from the disease, and one-third of the survivors became blind. In 1918 and 1919, the Spanish Flu pandemic, a more severe version of your typical flu, killed 50 to 100 million people worldwide in less than two years. Since the ebola outbreak in 2014, there have been more than 11,000 related deaths.

Antibiotics to beat bacteria: Fast, easy fix you rely on 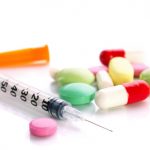 Modern medicine has given us antibiotics, the go-to first line of defense for treating infections caused by bacteria and certain parasites. They’re not for viruses, like the common cold or flu, but when you get something serious like pneumonia or bronchitis, you need something potent to kill off the bad bacteria and get well.

The problem is the bacteria have become increasingly resistant to antibiotics, making the antibiotics that you readily get from your doctor less effective. That’s why they’re called “superbugs” – there may be no stopping them. It’s a widespread problem that threatens to turn common infections from bacteria into untreatable diseases. Patients entering the hospital for treatments or operations will be gambling with their lives!

A recent investigative report by the Daily Telegraph found that some of Britain’s doctors are prescribing antibiotics twice as much as others. Worse still, some have admitted doing so just to “get rid of patients.”

The double whammy for elderly people is they may have been taking antibiotics for decades and their own bodies already developed a tolerance for the medication, again making it less effective.

While I’m not advocating that anyone should refuse antibiotics as prescribed, when I hear about natural alternatives to prescription medication, proven to work, I’m all ears. Given the concern over fueling superbugs, I’d like to think anything that is not an antibiotic that can be used to control infection is a good thing.

Manuka honey, the natural remedy in your cupboard 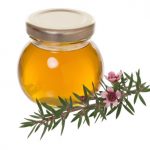 One natural remedy you could easily adopt is honey. I give my five-year-old son a teaspoon daily whenever he’s fighting a cold (from the plastic bear-shaped bottle) and there’s a mounting case in favor. Honey has been used medicinally in ancient cultures since time began for its healing, antibacterial properties. Honey is great, but generally does not completely kill infections; however, a specific kind of honey works best, studies show. It’s the manuka honey from New Zealand, harvested from the honeybees that pollinate the manuka tree.

In research and development circles, in fact, manuka honey has been trademarked as “Medihoney,” which should give you some idea of its medicinal strength.

Microbiologists from the University of Technology in Sydney have found that manuka honey is superior for stopping bacterial infections in wounds. Results of their studies have been published in the journal PLOS ONE, demonstrating that manuka honey owes its antibacterial fighting power mainly to the presence of hydrogen peroxide and high levels of a chemical called methylglyoxal (MGO) not found in most honeys.

The researchers investigated the ability of manuka and other honeys to kill four bacteria commonly found in chronic wounds. They tested the effect of New Zealand clover, manuka and kanuka honeys on E. coli, Bacillus subtilis, Pseudomonas aeruginosa and Staphylococcus aureus (MRSA).

MRSA is a major concern because it’s resistant to the antibiotic methicillin and other similar drugs.

Manuka honey delivered the best results when it came to inhibiting the growth of these bacteria, thanks to its high MGO content. All manuka honey is not created equal, however, so the less processed, more natural manuka is most effective.

Honey is great, but do not stop the antibiotics 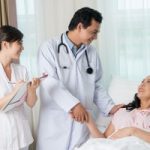 This is 2015, so you’d think scientists could just extract the chemical from the manuka honey and bottle it for a concentrated dose. But researchers say there are many compounds in manuka honey and taking an individual compound by itself isn’t necessarily going to get you the same result as taking this suite of compounds in the naturally produced honey.

“Our findings support the idea that a combination of honey and antibiotics may be an effective new antimicrobial therapy for chronic wounds and serious skin infections,” researchers concluded.

This could be likened to multi-drug therapy, which is more effective at reducing the progression of bacterial resistance.

So, if you combine taking honey with your antibiotic, you could improve on the healing time, reduce the risk of antibiotic resistance and perhaps require less antibiotics in the long run.

You may want to take a half-teaspoon daily for a few weeks to build up your immune system before infection strikes or during treatment, but consult your health care practitioner to see what’s right for you.

Sometimes natural remedies are the most effective. It all comes back to food as medicine.

A sore throat and cough often go hand in hand, but have you ever stopped to think about sore throat symptoms or sore throat causes and what we can do about it? Without running to the pharmacy… Continue reading…

Fight bacterial infections naturally with these foods and herbs

Strep throat, tuberculosis, urinary tract infections (UTI) – when your immune system isn’t in top shape, you’re more prone to bacterial infections like these. For people with chronic illness with compromised immunity or for seniors… Continue reading…