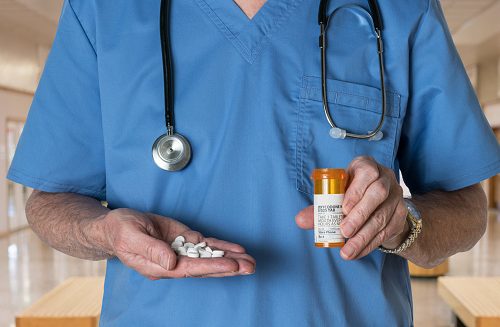 There is currently a drug overdose crisis in America. It is not due to seedy drug dealers selling drugs to addicts—the current addiction stems from prescription drugs. Opioid medications are some of the most common pain-relieving drugs on the market, but every day, more than 90 Americans die from overdosing on the stuff.

A new study now finds that seniors with COPD (chronic obstructive pulmonary disease) may increase their odds of heart-related death if they use opioid pain killers.

What people don’t realize is that opioid medication is essentially prescription grade heroin, but instead of buying it on the street, it is prescribed to you by a doctor. Granted, a doctor will not simply give you opioids — there has to be a reason. This reason is usually chronic pain.

However, about 29 percent of patients prescribed opioids for chronic pain misuse them, with about 12 percent
developing an addiction to the drug. In fact, 80 percent of people who use heroin first misused prescription opioids.

COPD patients are often prescribed an opioid pain reliever such as morphine or fentanyl, as they are great for treating muscle pain, insomnia, persistent cough, and shortness of breath.

“Previous research has shown about 70 percent of older adults with COPD use opioids, which is an incredibly high rate of new use in a population that is potentially more sensitive to narcotics,” said study lead author Dr. Nicholas Vozoris.


Looking at the relation of COPD and opioid use

The study in question looked at data from 144,000 COPD patients aged 66 and older. The researchers discovered that new opioid use was associated with a 215 percent increase in coronary artery disease related death in patients under long term care. In patients living at home, this percentage was 83.

It is estimated that about two-thirds of long-term care patients were prescribed a new opioid between April 2008 and March 2013. Of those living at home, this number is estimated to be around 60 percent of patients.

How they kill COPD patients

“One other important reason (opioids) might be linked to future risk of heart attacks is because they offer pain relief, which could reduce or take away chest pain that acts as a warning before a cardiac event. Without that warning, doctors may not be able to intervene in time,” said Vozoris.