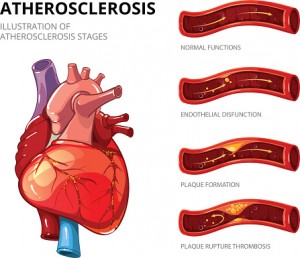 June is Scleroderma Awareness Month, so we present some of our articles that discuss scleroderma, along with other conditions affected by the condition, including systemic sclerosis, atherosclerosis, interstitial lung disease, GERD, and heartburn.

Scleroderma is the thickening and tightening of skin as a result of an autoimmune disease. But scleroderma doesn’t solely affect the skin. It can impact other parts of the body, too. Therefore, we hope you find these articles informative and that you become more aware about the condition scleroderma.

Systemic sclerosis (scleroderma) is an independent risk factor for atherosclerosis

Scleroderma is a connective tissue disorder in which the tissue of the skin becomes hardened due to an increase in collagen. It is estimated that 49,000 Americans suffer from scleroderma. Research has revealed that scleroderma patients are often at a higher risk for coronary artery disease, the risk factors for which has long been unknown.

Upon analysis completion, researchers found that 57 percent of scleroderma patients had moderate to severe coronary calcification, compared to only 29 percent of the healthy controls. Scleroderma patients also had lower LDL cholesterol, HDL cholesterol, and diastolic blood pressure, compared to the controls. Furthermore, one-third of the group also had low body mass index compared to the controls, many of them being considered underweight among the Asian population.
Lastly, systemic sclerosis was found to be an independent risk factor for atherosclerosis. The longer a person has had scleroderma, the worse their atherosclerosis was. 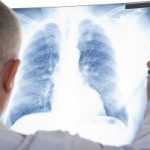 Interstitial lung disease is a term to describe a large group of disorders. It refers to the scarring of lung tissue and supporting of the air sacs. This scarring can contribute to lung stiffness, which affects a person’s ability to breathe, limiting oxygen entering the bloodstream.

Lung scarring is irreversible, but medications are available to help slow down the progression and assist in breathing. If severe, a lung transplant may be advised. Continue reading… 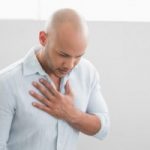 Scleroderma poses a gastroesophageal reflux disease (GERD) risk due to excess collagen in the esophagus. Scleroderma (systemic sclerosis) is a condition involving a group of diseases that result in the hardening of the skin and connective tissues. Typically, scleroderma affects just the skin, but in some individuals it can also affect structures of the body, like blood vessels, causing them to harden.

Scleroderma is considered an autoimmune disease in which the body produces excess amounts of collagen. Those extra collagen deposits result in hardening of the skin and other organs.

Scleroderma typically affects women more than men, and there is currently no cure for the disease. However, treatments are available to help ease symptoms and improve daily life. Continue reading… 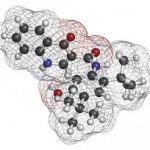 Scientists have identified the molecule that causes skin fibrosis – a condition that involves hardening of the skin tissue. The findings could also be relevant to other organs, such as the heart, lungs, and liver.

Research lead Dr. Shyni Varghese said, “We’ve identified a new component that hasn’t previously been studied as a factor contributing to fibrosis. This discovery gives us a new understanding of how fibrosis forms and could help us develop therapeutic strategies that are more effective than existing ones.”

Fibrosis is a condition in which connective tissues harden, similarly to how scar tissue forms after an injury. Fibrosis can contribute to the loss of function in the organs, as the fibers continue to harden and become stiff. It is not yet clearly understood how this process develops.

Researchers found that a molecule – fibulin-5 – plays a role in fibrosis in mice models. This molecule is found in the formation of elastin, which protects the skin and allows it to bounce back. Elastin has been widely ignored, while the main focus in fibrosis research has been on collagen.

Biologist Dr. Colin Jamora said, “Clinical trials to test the effectiveness of potential therapies for many known fibrotic diseases have so far been disappointing. Our study points to a new way to target this debilitating disease.”

By focusing their research on elastin, researchers were able to uncover fibulin-5. Higher levels of fibulin-5 were found in mice genetically modified to develop fibrosis. High amounts of fibulin-5 led to abnormally large amounts of elastin that increased inflammation and stiffening of the skin. Continue reading… 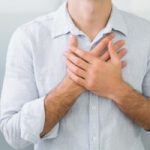 That burning sensation followed by a foul taste in your mouth happening far too often when you eat?

Forget blowing through those bottles of antacids and get to the bottom of your problem. It could be gastroesophageal reflux disease, commonly called GERD. It definitely makes the list of the top 10 digestive diseases in America. But why?

Gastroesophageal reflux disease symptoms are not only uncomfortable. They can be serious. Is it our diet of common heartburn triggers such as fatty or fried foods (be honest here!), tomato sauce, alcohol, and caffeine, that may make heartburn worse?

While you can avoid foods you know will trigger your heartburn, you need to take a closer look at what’s giving you so much trouble. Until you do, skip the burger and fries. Continue reading…