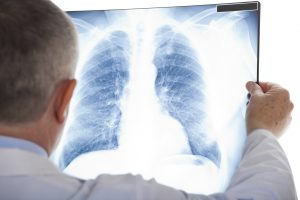 Interstitial lung disease is a term to describe a large group of disorders which refers to the scarring of lung tissue and supporting of the air sacs. This scarring can contribute to lung stiffness which affects a person’s ability to breathe which limits oxygen from entering the bloodstream.

Lung scarring is irreversible but medications are available to help slow down the progression and assist in breathing. If severe a lung transplant may be advised. 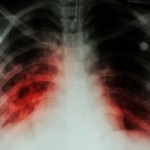 Previous research has found a treatment to effectively in treat interstitial lung disease in systemic sclerosis. Scleroderma, also known as systemic sclerosis, is a chronic inflammatory condition of the skin which causes it to become thick and tight. It also damages organs due to a build up of scar tissue.

Lead investigator, Philip Clements, said, “For a sizeable fraction of people with scleroderma, scaring lung disease can be associated with a great deal of suffering and even with death. We postulated that the interstitial lung disease seen in scleroderma was caused in part by inflammation. We therefore sought to decrease the inflammation with medications that have strong anti-inflammatory properties, namely cyclophosphamide and mycophenolate mofitil.”

The researchers followed 142 patients over two years to determines if mycophenolate mofitil or cyclophosphamide would be effective in improving interstitial lung disease.

Participants were split into two groups where the first group received 2mg/kg cyclophosphamide for one year and then received placebo daily for the second year. The second group received up to 1,500mg of mycophenolate mofitil twice daily for two years.

After every three months patients underwent a physical exam where the two groups were found to have similar results in the beginning of the study.

After two years both groups showed significant improvements in the lungs and the skin. It is important to note that the cyclophosphamide group had many dropouts. Dr. Clements added, “Many of the cyclophosphamide dropouts were put on strong anti-inflammatory medications by their primary physicians after they had stopped study medications. We hypothesize that these treatments — that were started outside the study framework — could have artificially improved the outcomes in these cyclophosphamide dropouts at a time when they would have been receiving placebo if they had continued study medication in the second year.”

“The most frequent cause of death among patients with scleroderma is interstitial lung disease. Since interstitial lung disease produces permanent damage predominantly in the first five-to-seven years of scleroderma, it is important that people with scleroderma get screened with lung function tests regularly every six months in those first five-to-seven years. If a patient’s lung function declines, rheumatologists should consider treating him or her as early as possible with cyclophosphamide or mycophenolate mofitil to try to prevent further progressive lung scaring,” Dr. Clements concluded. 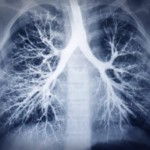 Like any other illness early diagnosis is key when it comes to improving prognosis of the disease or illness. Interstitial lung disease in systemic sclerosis still remains to be the number one cause of death, but this is determinant of when the disease is found.

There are many tests available in order to properly diagnose interstitial lung disease which include:

All of these tests can be utilized in order to diagnose interstitial lung disease early on so treatment can begin immediately in order to prevent severe irreversible damage from occurring.