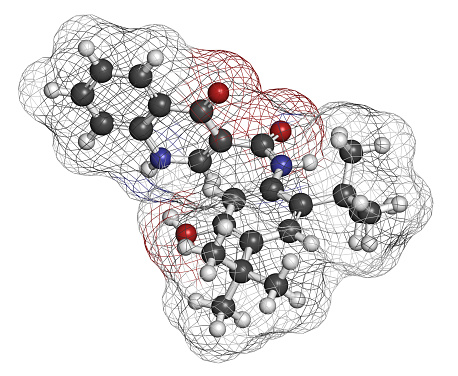 A molecule has been identified that causes skin fibrosis – a condition that involves hardening of the skin tissue. The findings could also be relevant to other organs, such as the heart, lungs and liver.

Research lead, Dr. Shyni Varghese, said, “We’ve identified a new component that hasn’t previously been studied as a factor contributing to fibrosis. This discovery gives us a new understanding of how fibrosis forms and could help us develop therapeutic strategies that are more effective than existing ones.”

Fibrosis is a condition where connective tissues harden, similar to how scar tissue forms after an injury. Fibrosis can contribute to the loss of function in the organs as the fibers continue to harden and become stiff. It is not yet clearly understood how this process develops.

Researchers found that a molecule – fibulin-5 – plays a role in fibrosis within mice models. This molecule is found in the formation of elastin, which protects the skin and allows it to bounce back. Elastin has been widely ignored and the main focus in fibrosis research has been on collagen.

Biologist Dr. Colin Jamora said, “Clinical trials to test the effectiveness of potential therapies for many known fibrotic diseases have so far been disappointing. Our study points to a new way to target this debilitating disease.”

By focusing their research on elastin researchers were able to uncover fibulin-5. Higher levels of fibulin-5 were found in mice genetically modified to develop fibrosis. High amounts of fibulin-5 led to abnormally large amounts of elastin that increased inflammation and stiffening of the skin.

The researchers then removed fibulin-5 and found that it protected against, and even prevented, fibrosis.

Varghese said, “Manipulating the fibulin-5 levels could be a therapeutic strategy to treat skin fibrosis.”

Jamora added, “With further studies, we are looking to provide hope for a disease condition that contributes to approximately 30 percent of all deaths worldwide.”

The findings were published in Nature Communications.