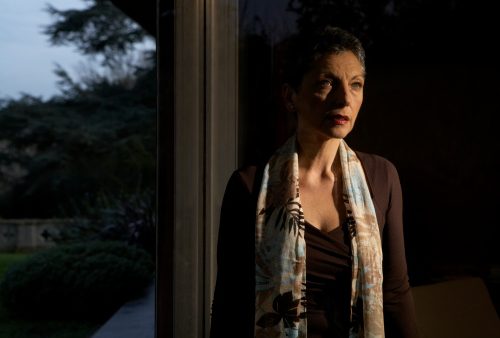 Schizophrenia, bipolar disorder and major depression have been found to share a genetic risk factor, according to a new study. Aside from the recent research, many previous studies also showed a genetic link between all three mental disorders. Below are synopses of the health studies that reveal the connection they all possess.

Research published in Nature Neuroscience from the Louisiana State University Health Science Centers revealed a genetic risk factor that is shared between schizophrenia, bipolar disorder and major depression. Lead researcher, Nancy Buccola, and her team examined data from 60,000 participants, including those with schizophrenia, bipolar disorder, major depression, autism, attention deficit disorders as well as individuals without any diagnosed conditions.

The researchers found strong associations between mechanisms related to immune function and changes in processes when genes are turned on and off. The findings confirm known mechanisms as well as revealing new ones that pertain to the development of psychiatric disorders.

Treatments are available for many mental disorders but many patients do not obtain relief from such treatments. Buccola stated, “The PGC is a collaboration of some of the finest psychiatric genetic researchers in the world who are working together to understand the biology that underlies psychiatric disorders. This knowledge is critical in developing more effective and personalized treatments. I feel fortunate to make even a small contribution to this important work.”

Alternative research has found that schizophrenia and bipolar disorder both play a role in dendritic spine loss in the brain. The findings suggest that the two disorders share similar pathopsychological features.

Dendritic spines play a role in many brain functions. To achieve their results, researchers looked at individuals with schizophrenia, bipolar disorder, and individuals not affected by either disorder.

Spine density was reduced in those with bipolar disorder and those with schizophrenia, when compared to the control group. Furthermore, there was a significant reduction in spines per dendrite in both bipolar individuals and schizophrenics.

Lead researcher, Glenn T. Konopaske, M.D., said, “The current study suggests that spine pathology is common to both [schizophrenia] and [bipolar]. Moreover, the study of the mechanisms underlying the spine pathology might reveal additional similarities and differences between the two disorders, which could lead to the development of novel biomarkers and therapeutics.” 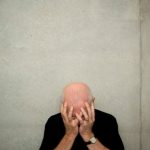 Current diagnostic methods involve interviews with the patient, but this can be subjective and misleading. Researchers decided to combine techniques together in order to create a more accurate diagnostic method. The techniques used are gas chromatography-mass spectrometry and nuclear magnetic resonance, which analyze the urine of patients with MDD and bipolar disorder in order to uncover biomarkers of each disorder. These biomarkers will allow doctors to improve diagnosis by 89 to 91 percent.

Depression in patients with schizophrenia

One study found that a quarter (25 percent) of those with schizophrenia also have course-related depression. Depression in schizophrenia patients is related to a reduction in social and vocational functioning and also increases the risk of a psychotic relapse.

It can be difficult to diagnose depression and schizophrenia separately as the “negative” symptoms related to schizophrenia can present themselves like depression. Negative symptoms refer to social withdrawal, low motivation and energy, difficulty experiencing pleasure or having interests and an impaired thought process; all symptoms seen in depression as well.

For the many similarities presented in both schizophrenia and depression, not only is distinguishing between the two difficult, but depression can often be seen in many schizophrenic patients as well.

From all the presented studies we see many links and associations between schizophrenia, bipolar disorder and depression. By continuing to make these links, we can obtain a better understanding of these mental disorders, which could greatly assist in developing more specific treatments that could offer more patients greater relief.

Managing the psychotic disorder schizophrenia in the elderly is important but also faces many challenges. Anyone at any age can experience schizophrenia, but age can be a large factor in the effectiveness of treatment. For example, antipsychotic drugs can pose adverse effects in the elderly, even though they can have minimal side effects in younger patients. Continue reading…

Although it may have been awhile, think back to the scariest, biggest roller coaster you’ve ever been on. You move up the hill and your anticipation starts to build, but before you know it, you’re dropped almost vertically rushing back down. This up-down motion continues and you’re torn between fear and excitement. Continue reading…