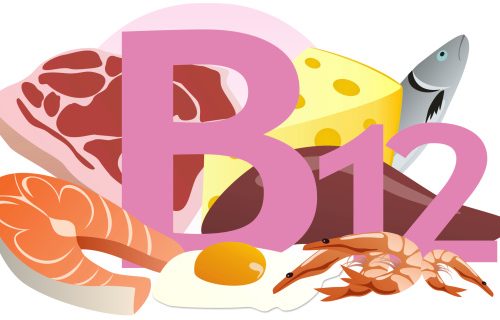 The researchers analyzed tissue from deceased donors along with tissues from autistic or schizophrenic individuals. Lead researcher Dr. Richard Deth said, “These are particularly significant findings because the differences we found in brain B12 with aging, autism and schizophrenia are not seen in the blood, which is where B12 levels are usually measured. The large deficits of brain B12 from individuals with autism and schizophrenia could help explain why patients suffering from these disorders experience neurological and neuropsychiatric symptoms.”

In healthy elderly individuals, levels of B12 are also found to be decreased, but in this case it is just a part of the natural course of aging.

An active form of B12 – methylcobalamin (or methyl B12) – helps support normal brain development by controlling a process known as epigenetic regulation of gene expression. Levels of methyl B12 were found to be 10 times lower in healthy older adults, than in healthy younger individuals. Low levels of methyl B12 could lead to negative effects of neurodevelopment, which occurs in the younger years and affects memory and thinking abilities later in life.

Vitamin B12 is an essential vitamin that assists in the synthesis of red blood cells, DNA, and RNA. Vitamin B12 also works with other B vitamins to assist in the metabolism and to promote the health of the immune and neurological systems.

The Institute of Medicine’s Food and Nutrition Board recommends that adults consume 2.4 micrograms of vitamin B12. A diet low in vitamin B12 has been linked with depression, fatigue, nerve damage, and anemia.

If you’re concerned about your vitamin B12 levels, the good news is, you can boost it naturally through diet. Consuming these foods daily will ensure you get the recommended amount of vitamin B12:

Researchers have found a genetic overlap between schizophrenia and autism. Research from a multinational team of scientists has found that in some cases of schizophrenia, autism, and intellectual disability, malfunctions in some genes contribute to the mental disorder. Continue reading…