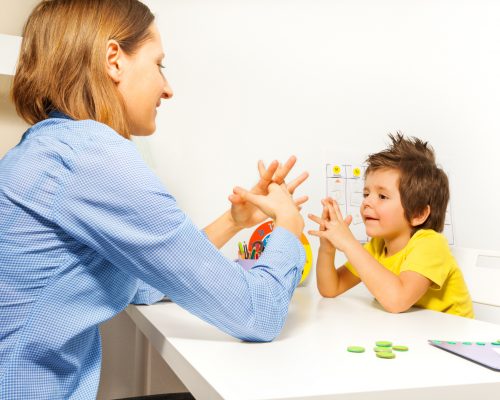 Researchers have found a genetic overlap between schizophrenia and autism. Research from a multinational team of scientists have found that in some cases of schizophrenia, autism, and intellectual disability, malfunctions in some genes contribute to the mental disorder.

The researchers examined a type of gene aberration called de novo mutation among 42 “trio” families, where the child was diagnosed with schizophrenia but neither of the parents had the illness. They also examined an additional 15 trio families with a history of psychosis.

Schizophrenia is believed to be caused by a number of gene mutations that may be passed down by parents and become enhanced by environmental factors. De novo gene mutations are when neither parent has a condition, and yet their offspring still develops it.

The researchers found three main genes affecting 42 children – AUTS2, CDH8 and MECP2 – that have been previously been discovered to be associated with autism. Two other genes, which also overlap – HUWE1 and TRAPPC9, – have also been discovered in previous research regarding intellectual disability.

Lead researcher Shane McCarthy explained, “There’s a growing awareness of the importance of epigenetic regulation during brain development, as well as in cognition in the mature brain.”

Co-researcher Professor W. Richard McCombie explained the challenges scientists face in regard to complex disorders like schizophrenia, stating, “The number of differences between even healthy individuals is so great that finding which specific variant might contribute to a specific disorder such as schizophrenia from among those that don’t cause problems, is difficult.”

Alternative research has found that the link between schizophrenia and autism comes from receptors in the brain. The findings suggest that the loss of inhibitory neurons may be responsible for neurodevelopmental disorders such as schizophrenia or autism.

The receptor is known as mGLuR5, and although it has been previously studied, it has never been examined with regards to its role with a cell type known as parvalbumin-positive interneurons.

Research lead Terrence Sejnowski said, “We found that without this receptor in the parvalbumin cells, mice have many serious behavioral deficits. And a lot of them really mimic closely what we see in schizophrenia.”

To determine the function of GLuR5 in parvalbumin cells, researchers selectively deleted the cells from the brain’s initial formation. Mice without the cell had a slew of developmental problems such as being obsessive, having repetitive grooming behaviors, and manifesting anti-social tendencies.

Corresponding author Margarita Behrens added, “This discovery implies that changes after birth, not just before birth, are affecting the way the network is set up.”

The findings reveal that GLuR5 may play a critical role for neurodevelopmental disorders. Behrens added, “There are a lot of clinical trials ongoing, looking at modulating mGluR5 for anxiety and Fragile X Syndrome. But our results suggest that if you affect parvalbumin neurons, you might get behavioral changes you weren’t expecting.” 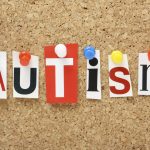 A professor from UT Dallas has uncovered differences in schizophrenia and autism in order to improve treatment for both disorders. Although autism and schizophrenia are unique disorders with their own unique traits, they do share quite a bit of overlap, and it is these overlaps that led to much confusion when diagnosing children with autism, because they were often confused with childhood schizophrenia.

Dr. Noah Sasson explained, there are key differences between schizophrenia and autism that can help diagnosis. For example, symptoms of schizophrenia typically occur in early adulthood and not in children, as opposed to autism. Schizophrenics also can experience hallucinations and delusional thoughts, which are not found in autism.

Difficulty with social interaction is a key feature that overlaps in both schizophrenia and autism. Sasson said, “Because the two disorders are different in so many ways, it is likely that the basis for their social impairments differs as well. Understanding these differences will be key for developing effective treatments. What works well for individuals with ASD might be very different than those with schizophrenia.”

Sasson added, “People with schizophrenia have a much higher likelihood than the general population to attribute ill will to others, and this is likely tied to their delusions. On the other hand, people with autism are more ‘socially cynical.’ They seem to be exhibiting fairly realistic responses to people as a result of the challenges they’ve faced in life because of their condition.”

Recognizing social interaction differences can help to develop new means of treating negative social experiences in individuals with schizophrenia and autism, which can help improve their daily lives.

Schizophrenia risk may be revealed by face reading, finger length

Schizophrenia risk may be revealed by face reading and finger length, according to research. The findings uncovered that deficits in emotional recognition may be a precursor to schizophrenia symptoms and may help identify those at highest risk to develop the mental disorder. Continue reading…

Researchers have found an increased autism risk in children when the mother has taken antidepressants – specifically, selective serotonin re-uptake inhibitors – within the last two trimesters of pregnancy. Antidepressants are used to treat depression, and autism spectrum disorder is a neurodevelopmental syndrome involving altered communication, language and social interaction. Continue reading…