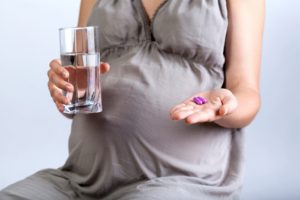 Researchers have found an increased autism risk in children when the mother has taken antidepressants – specifically selective serotonin reuptake inhibitors – within the last two trimesters of pregnancy.

Researchers explored data of pregnancies and children in Quebec, Canada between 1998 and 2009. The authors identified 1,054 children with autism from 145,456 births. Age of onset for autism was roughly 4.6 years old, and there were four times as many boys with autism than girls.

Children exposed to antidepressants within the second or third trimester of pregnancy had an 87 percent higher risk of developing autism spectrum disorder. This increase was seen mainly with the use of selective serotonin reuptake inhibitors – a type of antidepressant.

The study did pose many limitations, such as using information based on fulfilled prescriptions – so it is unclear if the women were actually taking the antidepressants or how much they were taking. Lastly, maternal lifestyle was not included in the study either, which could affect results.

The researchers concluded, “Further research is needed to specifically assess the risk of ASD associated with antidepressant types and dosages during pregnancy.”