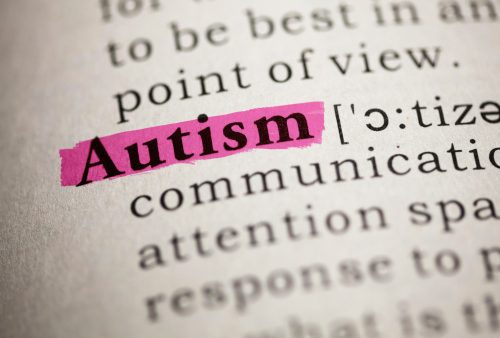 A recent report released by health economists at the University of Carolina Davis estimates that autism spectrum disorders (ASD) could cost the U.S. government $1 trillion in expenses by 2015.

According to the report, the total costs of caring for all people with ASD in the U.S. for the current calendar year (2015) is $268 billion. The report forecasts that the losses, which include medical, nonmedical, and productivity losses, will shoot up to $461 billion in 2025.

The researchers admit these are conservative estimates at most, and if the prevalence of ASD continues to increase as it has in recent years, the costs could actually more than double and reach $1 trillion by 2025.

The study is published online in the Journal of Autism and Developmental Disorders.

“The $268 billion we currently devote to ASD is equal to what diabetes costs the United States. And it is double total combined cost that stroke and hypertension patients together account for,” said senior author Paul Leigh, professor of public health sciences and researcher with the Center for Healthcare Policy and Research at UC Davis.

Leigh and colleagues said given the enormity of the financial losses this condition can result in, the public attention, the research attention, and the government attention towards ASD should be at least as much as – if not more than – the attention devoted to the major diseases mentioned.

The researchers hope their report inspires changes at the policy levels that emphasize ways and means to reduce ASD symptoms. They also hope the report helps to develop new programs aimed at improving employment opportunities and the independence of adults with the disorder. By doing so, it would save money that otherwise would be spent on looking after and caring for these patients.

The team of researchers determined both the per-person as well as total costs of ASD using data on medical services, residential care, special education, in-home care, transportation, employment support and lost productivity. Their used data from different sources that included the U.S. Centers for Disease Control and Prevention, and the Bureau of Labor Statistics.

To reduce these multi-billion dollar totals, Leigh and co-author Juan Du recommend a research investment in ASD equal to that for diabetes, which is more than five times the level of research on ASD.

According to Leonard Abbeduto, director of the UC Davis MIND Institute, “The staggering costs identified in this study should serve as a call to action. We need more funding for research to understand the causes of, and develop treatments for ASD.”

The call of the hour is to ensure that all children have access to intensive early diagnosis and treatment. Abbeduto said programs should be put in place to ensure school-based interventions that support academics as well as social and language skills, are well funded. And as far as adult patients are concerned, better post-secondary and vocational options are needed.