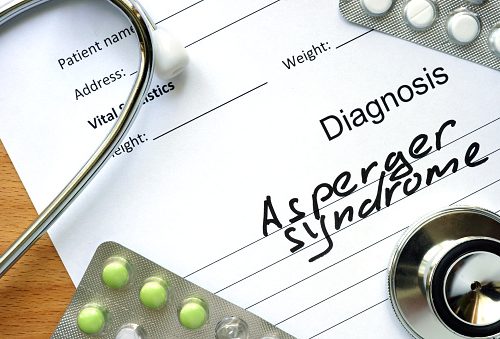 Back in 1944, an Austrian pediatrician by the name of Hans Asperger’s first discovered four children that had a lot of difficulty socializing. While they had normal levels of intelligence for their age, the children seemed to lack non-verbal communication skills, didn’t demonstrate much empathy for their peers, and were often physically awkward. Doctor Asperger’s also noticed that their speech was different than that of other kids their age. At the time, Asperger’s called the condition “autistic psychopathy” and described it to people as a personality disorder, dominated by social isolation.

Adults with Asperger’s syndrome at higher risk of suicidal thoughts 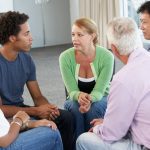 Fast forward to present day; we have discovered much more about autism spectrum disorders, including what is known today as Asperger’s syndrome. Studies, including one published in The Lancet Psychiatry, indicate that adults with Asperger’s syndrome are nine times more likely to experience suicidal thoughts than people in the general population.

Professors from the Autism Research Centre at Cambridge University and the Cambridge Lifetime Asperger’s Syndrome Service Clinic, as well as the Peterborough NHS Foundation Trust carried out the study. After examining data from close to 400 men and women suffering from Asperger’s syndrome between 2004 and 2013, they uncovered a significantly higher suicide rate among adults with the condition. It turned out that two-thirds (66 percent) had contemplated suicide and one-third (35 percent) had in fact planned or attempted suicide in their lifetime.

The researchers found that suicidal thoughts were more common among Asperger’s patients who had lived with depression for a long period of time. Those with a history of depression were four times more likely to experience suicidal thoughts. The study also revealed that those with a higher level of autistic traits were at more risk of suicide attempts.

Depression and anxiety risk in people with Asperger’s syndrome

Asperger’s depression and anxiety can be related to an awareness of the individual’s disability. For example, the person with the condition might start to sense being different from others and notice the difficulty in forming relationships or taking part in social events. 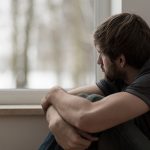 Many people with Asperger’s syndrome have above average intelligence, but they have difficulty expressing themselves. Some studies in the United Kingdom indicate that only about 15 percent of Asperger’s sufferers are employed. Unemployment itself can lead to anxiety and depression.

Anxiety and depression can cause symptoms of Asperger’s syndrome to be more pronounced so relaxation and happiness are important.


Causes and symptoms of Asperger’s syndrome

Autism spectrum disorders, such as Asperger’s syndrome, are conditions that are present from infancy or childhood. They can be diagnosed from age two, but in many cases are not discovered until later.

Here are some common Asperger’s syndrome symptoms found in children:

Asperger’s syndrome symptoms in adults can include some of the factors listed in both the child and teen lists above, but doctors who specialize in the condition say Asperger’s syndrome does tend to stabilize over time. Adults often develop a clearer understanding of what their strengths and weaknesses are and how to adapt to life with their condition. They learn social skills, find jobs, develop relationships, get married and have children.

We don’t know for certain what causes Asperger’s syndrome but a lot of research points to a combination of genetic and environmental factors. Asperger’s syndrome can run in families, so it is not a huge leap to assume it may be inherited. In 2009, scientists in England identified 27 genes linked to Asperger’s syndrome, autistic traits or empathy problems. There is some research that suggests viral or bacterial infections during pregnancy, the age of the father, air contamination and exposure to pesticides could be contributors.

Diagnosis and treatment for Asperger’s syndrome 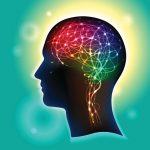 There isn’t a specific test to diagnose Asperger’s’s Syndrome. Doctors rely heavily on observational data, including information they gather from parents and other family members, as well as teachers or close friends.

While we can’t reverse Asperger’s syndrome, there are ways to treat it so that sufferers can lead a better quality life. Asperger’s patients can take part in communications skill training, are able to take advantage of cognitive behavioral therapy, which focuses on helping to control emotions and obsessions, and there is behavior modification. Behavior modification involves strategies to support positive behavior. For people who have poor motor skills or who have sensory problems, there is physical therapy.

There are no medications to treat Asperger’s syndrome, but Asperger’s depression treatment can involve drug therapies and vitamin supplements. Many people with this syndrome complain about a lack of energy and depression makes this feeling worse. Boosting your B vitamins can help. Eating more citrus fruits, leafy greens, bean and eggs is also a good idea.

People with Asperger’s syndrome and depression tend to become house hermits. If this is you, get outside, even if it is for a few minutes to get some sunshine.

Whether a person with Asperger’s syndrome is dealing with strong feelings of anxiety and depression or not, the stress of the daily symptoms are frustrating. Having a support system, such as family or close friends, is important. Studies also show that people who suffer from Asperger’s syndrome do much better if they have a pet.

It is true that a pet can’t replace a doctor’s care or the importance of human connections, but animals can bring joy and companionship into the lives of those who feel isolated. Research indicates that pet owners are less likely to suffer from anxiety and depression.

The effects of food can contribute to or exacerbate depression. Hundreds of years ago if you were depressed you were labeled as “mad” or “possessed.” In the modern ages; however, doctors have learned that psychological disorders explain most of these disturbances. Continue reading…

Researchers at the Salk Institute have discovered that the loss of a critical brain receptor, part of a class of inhibitory neurons, may be linked to such neurological disorders as schizophrenia and autism. Continue reading…