The effects of food can contribute to or exacerbate depression. Hundreds of years ago if you were depressed you were labeled as “mad” or “possessed.” In the modern ages; however, doctors have learned that psychological disorders explain most of these disturbances. Today, millions of people in North America experience different levels of depression, but sometimes it can be explained by a person’s diet.

More researchers are reporting that certain kinds of foods, when consumed in excess, can create the feeling of depression.

It turns out that foods low in cholesterol, sugars and fat, but also high in protein, can reduce the production of serotonin, which is best described as our brain’s happy transmitter. If the happy transmitter is low, naturally you will be depressed. Studies also indicate that people with blood sugar problems, low vitamin D, and food intolerance issues can also battle depression. 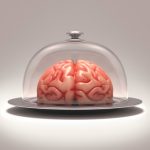 Researchers from the Deakin University and the Australian National University found that junk food can negatively impact the brain – more specifically the hippocampus. The hippocampus is responsible for memory, learning and mental health.

With the use of MRI scans researchers were able to observe the size of the hippocampus to determine whether or not diet played a role in its functioning or not. The participants were seniors aged 60 to 64.

Associate professor Felice Jacka said, “Mental disorders account for the leading cause of disability worldwide, while rates of dementia are increasing as the population ages. Recent research has established that diet and nutrition are related to the risk for depression, anxiety and dementia; however, until now it was not clear how diet might exert an influence on mental health and cognition.” 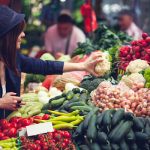 While certain foods can contribute to depression and poor mental health, lacking essential vitamins and nutrients can also lead to depression. Here are the 10 most common nutritional deficiencies that can trigger depression.

If you suffer from depression and can’t seem to figure out why, you might consider looking at your eating habits. Below is a list of some of the top foods that trigger depression.

Some people think of this as a stimulant, but overindulging is not only hard on your liver, it can put you in a bad mood as well. If you already have a tendency to suffer from bouts of depression or have other psychological disorders, alcohol consumption is not recommended.

French fries and donuts fall into this category. Before they even hit the frying machine, they are simple sugars and they have very little nutritional value.

This category of food tends to be packed with sodium and sugar, which can drag you down.

While the caffeine may initially give you a high, the rest of the chocolate, including the sugar, is known as a big depression trigger.

This tends to have a lot of sodium, oil and sugar added.

Most refined grains, such as white rice, pasta and bread are nutritionally imbalanced, starchy, enriched with synthetic vitamins, devoid of fiber and often have added chemicals.

Like chocolate, it is the caffeine that can trigger the depression. 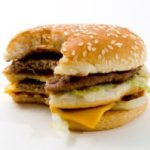 One is rarely enough; however, they are full of salt and saturated fats.

Hamburgers, hotdogs and pizza all contain high amounts of sodium and fat. A lot of the sauces and condiments, such as ketchup, have large amounts of sugar in them as well.

Researchers at the University of Las Palmas de Gran Canaria in Spain and the University of Granada concluded that depression is 51 percent more likely to occur in people who consume large amounts of fast food. They also included junk food like donuts and other deep fried items in their study. The research team also indicated that people who eat fast food on a regular basis tend to have other unhealthy habits, such as sedentary behavior, which are linked to a higher risk of depression.

Fatty foods are also associated with gas, bloating, indigestion and heartburn — factors that can, like depression, interfere with sleep, moods and positive energy levels.