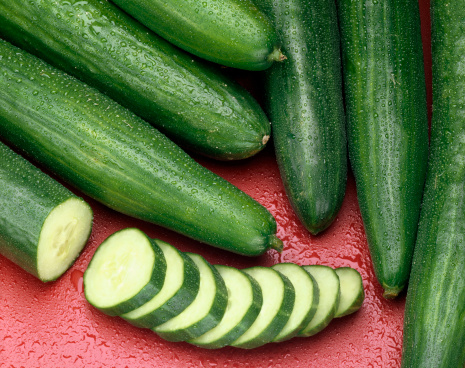 Salmonella Poona infection outbreak is linked to imported cucumbers and has already spread to 39 states across the U.S. The Salmonella Poona outbreak began in 2015, and since then 50 additional persons have become infected by it in 16 states. The peak of the outbreak was August and September of 2015, and although it has since been on the decline, cases still continue to emerge.

In total, there have been 888 cases of Salmonella Poona, contributing to six deaths and 191 hospitalization. The infection has stemmed from imported cucumbers from Andrew and Williamson Fresh Produce in Mexico. The company has made two recalls on the cucumbers so far.

Signs and symptoms of salmonella can present themselves within 12 to 72 hours after consuming contaminated products. Common symptoms include fever, abdominal cramps, blood in stool, headache, vomiting, fever, chills, nausea, and diarrhea.

The salmonella illness can typically last between four to seven days, and many patients recover without any specific treatment except staying hydrated and resting. If symptoms become severe, for example, if dehydration occurs due to diarrhea, hospitalization will need to be required to replenish fluids quickly. Other complication of salmonella infection may be the bacteria travelling from the intestines to the blood stream.

Although anyone can become infected with salmonella, children under the age of five, seniors over the age of 65, and persons with weakened immune systems are at highest risk, not only for the illness, but for salmonella complications as well.

The recalled cucumbers were delivered to the following states: Alaska, Arkansas, Arizona, California, Colorado, Florida, Idaho, Illinois, Kansas, Kentucky, Louisiana, Mississippi, Minnesota, Montana, New Jersey, New Mexico, Nevada, Oklahoma, Oregon, South Carolina, Texas, and Utah. If you currently reside in any of these states, be mindful of which cucumbers you are purchasing and always remember to properly wash and sanitize any produce or food item you purchase in order to reduce your risk of illness.

If you own cucumbers from Andrew and Williamson, you can either return them to the place of purchase or simply throw them away.

Other preventative methods of salmonella include:

By following these prevention tips, you can better lower your risk of salmonella and other food-borne illnesses.

A multi-state outbreak of salmonellosis has struck 62 people so far and prompted the Centers for Disease Control to issue a warning to restaurants and retailers. As of July 20, 2015, 62 people from 11 states have reported being affected by the outbreak. Of these, 11 people have been hospitalized. It is possible more people will come forward as it takes an average of two to four weeks to report an illness. Continue reading…

Diets that are rich in healthy food including lots of fresh fruits and vegetables have been touted to provide good health benefits. However, recently there has been an outbreak of salmonella that has been traced back to mangoes that were grown in Mexico that are being consumed in the diets of people living in North America. This particular outbreak has sickened at least 105 people in 16 states in the United States. There have also been several cases linked to this outbreak in Canada. Continue reading…