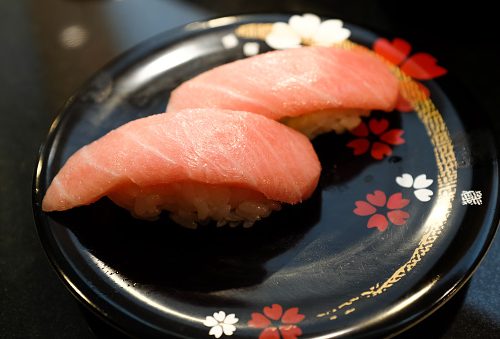 A multi-state outbreak of salmonellosis has struck 62 people so far and prompted the Centers for Disease Control to issue a warning to restaurants and retailers.

As of July 20, 2015, 62 people from 11 states have reported being affected by the outbreak. Of these, 11 people have been hospitalized. It is possible more people will come forward as it takes an average of two to four weeks to report an illness.

Most of these people reported eating sushi made with raw tuna, within one to seven days prior to the onset of symptoms. Laboratory findings support the theory by epidemiologic studies, which indicate that frozen raw tuna is the likely source of the infections.

In an effort to curb the outbreak, Osamu Corporation has voluntarily recalled two batches of frozen yellow fin tuna. The two include all frozen tuna delivered to grocery stores and restaurants across all states between May 9, 2014 and July 9, 2015. The purchase orders on the carton boxes are 8563 through 8599. There is also frozen Yellowfin tuna chunk meat that was distributes to sushi restaurants. The lot number is 68568.

Restaurants are being cautioned not to sell or serve any of the recalled tuna products. Restaurant managers and owners are being urged to check their freezers for recalled products, and to return any products that meet the above description. And if there is a doubt about a certain product, it’s better to err on the side of caution and not serve it.

The general public too is being cautioned to avoid eating raw fish or raw shellfish. Especially children under five years, senior citizens, pregnant women and people with a weak immune system, all of whom have a higher risk of foodborne illnesses.

Most people infected with Salmonella develop the following signs and symptoms 12-72 hours after being exposed to the bacteria: diarrhea, fever and abdominal cramps.

The illness usually lasts four days to a week and most people recover without treatment. However, in some severe cases, the symptoms may be so acute that hospitalization might be required. Secondary infection can result when the infection spreads from the intestines to the bloodstream and then to other places in the body. In such cases, antibiotic treatment is important to prevent the spread to important organs like the brain.

CDC and state and local health officials continue to monitor the outbreak to identify additional ill people and to interview them about their pre-illness foods intake.