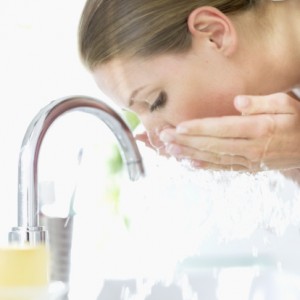 This April marks the 25th annual Rosacea Awareness Month and it’s a time to educate the public on this commonly misunderstood chronic disorder. It is estimated that rosacea affects nearly 16 million Americans, and at Bel Marra, we have taken the time to gather the best articles about it. You’ll find information on how rosacea differs from acne as well as how obesity, heart disease, and even Alzheimer’s relate to this widespread disease.

Rosacea is an inflammatory skin condition that often affects the middle-aged and elderly. Rosacea is a chronic condition—meaning it stays with the person for a long time—that mainly affects the skin, although it can also affect the eyes. Rosacea causes redness and pimples and is most common in women, middle-aged, and elderly people.

When rosacea first begins, it may appear as a small rash or an outbreak of pimples, but over time, the condition can worsen and cover larger areas of the face. Inflammation is responsible for causing the skin to swell, become sensitive, and take on a reddish appearance. If the eyelids become inflamed, it can lead to vision problems.

Roughly 14 million Americans suffer from rosacea, and the condition tends to run in families. Although the cause is unclear and anyone can develop it, those with lighter skin tend to experience rosacea more often than other ethnicities. Continue reading… 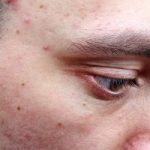 Rosacea vs. acne: Differences in symptoms, causes, and treatment

Almost everybody has gone through the pangs of acne where the face is covered with small, hard pimples and looks very red, shiny, and inflamed. However, if these traditional acne symptoms are accompanied by painful bloodshot eyes, veins on your face, and an absence of blackheads, then what you might be suffering from is not acne, but rosacea.

From a distance, rosacea and acne look very alike. In fact, rosacea is so similar to acne vulgaris (the proper name for acne) that it is often referred to as acne rosacea. Not surprisingly, many young dermatology students often ask the question—is rosacea a type of acne? The answer is, no.

Though rosacea is remarkably similar to acne, it is actually completely different and has its own unique symptoms and causes. Because of the similarity and differences thousands of people who attempted to cure their acne and have been left frustrated. Continue reading… 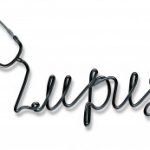 Lupus vs. rosacea, differences in symptoms, causes, and treatment

Lupus and rosacea rash may look similar, but they are, in fact, separate conditions that require different treatments.

People often think that rosacea is a symptom of lupus. There are many symptoms associated with the autoimmune disease, and a rash on the face is one of them. In lupus, the rash is actually called a malar rash. A malar rash appears in a butterfly pattern across the nose and cheeks. People with lupus rash or with rosacea experience red patches and sensitivity to sunlight. Can lupus rash be mistaken for rosacea? It can, if a person doesn’t understand the subtle differences. For example, with rosacea, the rash does not have a butterfly configuration.

In the case of lupus, the butterfly or malar rash can appear on other parts of the body, aside from the face. For instance, it could appear on the arms, legs, or trunk. It may be the first sign of lupus. It can be mild, like a light blush, or it can be severe and scaly. It can last a few weeks or several months. Dermatologists and rheumatologists believe the cause is a malfunctioning in the immune system, which causes the body to attack healthy skin tissues. Continue reading… 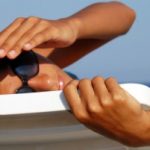 Rosacea risk is linked to genes, obesity, heart disease and sun exposure. The study suggested that environmental factors and genetics play a 50/50 role in the risk of rosacea, a chronic skin disorder. Lead author Dr. Daniel Popkin said, “Fifty-fifty is not a complete surprise in retrospect, but we just didn’t know. We now have strong evidence for the first time that there is clearly a genetic contribution.”

If a person has a strong family history of rosacea “more attention should be paid to environmental factors, and seeking medical advice can help quite a bit. Lifestyle choices can definitely attenuate [reduce the severity of the] disease,” Dr. Popkin said.

Rosacea causes reddening of the skin, particularly the face, along with bumps, visible blood vessels, and watery eyes. If left untreated, it can impact one’s quality of life. In surveys of rosacea patients, nine out of 10 patients report self-confidence and self-esteem issues. Continue reading… 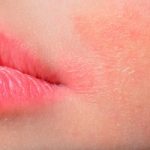 Rosacea, a skin condition characterized by redness of the face, may increase a person’s risk of Alzheimer’s disease. Lead author Dr. Alexander Egeberg said, “It is important for patients to remember that having rosacea does not guarantee that they will develop Alzheimer’s disease.”

“In fact, while the risk in rosacea patients may be slightly increased compared with the general population, the absolute risk [to any one patient] is still quite low,” Egeberg explained.
Nearly 16 million Americans have rosacea. There are various treatments to help manage the condition, but as of now, there is no cure.
The researchers looked at data from the Danish national health registry system and found nearly 82,000 individuals with rosacea. Continue reading…