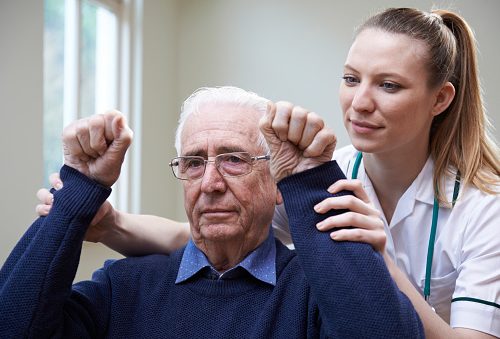 Suffering from a stroke can be a devastating experience to live through. It can leave you with trouble speaking, paralysis of the face, and even affect your ability to walk properly. While most people would say the worst has passed, they would be wrong.

A new Canadian study finds that your risk of a second stroke or mini-stroke (transient ischemic attack) remains considerably high for at least five years after your first stroke.

“We showed that, even in those survivors who had no complications at all after their stroke, their risk did not return to normal,” said researcher Jodi Edwards.

A stroke occurs when blood supply to the brain becomes compromised or reduced. The brain is considered the control center for all the functions your body exhibits, and it’s supplied with blood that gives it the oxygen and nutrients it needs.

When this blood supply becomes interrupted—either due to a blockage called ischemic stroke or leaking from a blood vessel called a hemorrhagic stroke—it will cause brain cells to die. This puts every function the brain controls at risk.

Those who survive strokes tend to be in critical care after much of the damage occurs. It was found that despite experiencing a stroke, their risk for a second stroke was seven times higher one year later. This risk remained high for the next five years as well.


The researcher stress for all stroke patients to stay vigilant and continue to lower their risk of another stroke by managing key risk factors, such as high blood pressure. Controlling irregular heartbeats, as in the cases of atrial fibrillation, as well as quitting smoking and increasing physical exercise are all things stroke victims should continue doing.

The researchers recognize that after stroke events, patients may not be aware of their continued risk, thinking that the worst has passed.

While the first few months are very much treatment focused after having a stroke, it is after this period when the bulk of the responsibility of stroke prevention falls on to the patient.

Their study looked at data collected from more than 26,000 stroke and mini-stroke survivors who had no complications in the first three months after discharge.

One year after having a stroke, about 10 percent of patients died, had another stroke or heart attack, or were admitted to a long-term care facility. Over the next three years, this percentage rose to nearly 25 percent.

“This study highlights the importance of controlling vascular risk factors . . . as measures for secondary stroke prevention among clinically stable survivors of stroke or TIA. The report should also stimulate the search for nontraditional risk factors, such as depression and obstructive sleep apnea, which could add to the risk of recurrent stroke,” said Dr. Anand Patel of Northwell Health’s Neuroscience Institute in Manhasset, N.Y.