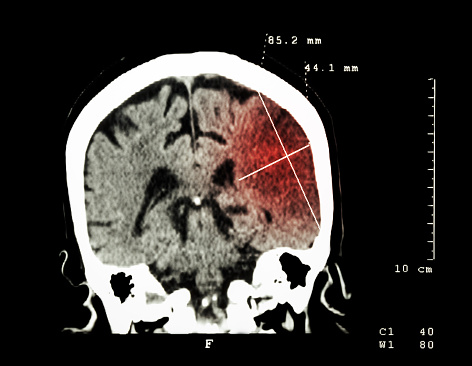 The risk of a second stroke can be predicted by one’s health condition prior to the first attack. The study uncovered that patients who had high blood pressure, along with other heart risk factors, prior to their first stroke were more likely to experience it again.

Senior author Dr. M. Arfan Ikram said, “We already know that stroke patients have an increased risk of recurrent stroke and dementia. What we didn’t know was whether this increased risk persists for a long time after stroke, and whether heart disease risk factors present before the first stroke influenced the risk of recurrent strokes or dementia.”

“Our study found these risk factors influence future stroke and dementia, and the risks persist for an extended period in some patients,” Ikram continued.

The researchers examined data from a long-term study on over 1,200 stroke survivors, and compared it to 5,000 people without a stroke.

The researchers found that one year after stroke, survivors still had a high risk of developing a second stroke within five years. In fact, they had a tripled risk to experience a second stroke after their first stroke.
In addition, stroke survivors even had double the risk of dementia, compared to those who never had a stroke.

Poor health seemed to be an important predictor of the risk of a second stroke. High blood pressure, diabetes, low levels of good cholesterol (HDL), smoking, and a history of mini-strokes all contribute to the likelihood of a brain attack recurrence.

“We found in a previous study that 27 percent of all deaths after stroke can be attributed to risk factors already present before stroke,” Dr. Ikram said.

Dr. Richard Libman, a neurologist at Long Island Jewish Medical Center in New Hyde Park, added, “What does this really mean? Put simply, it emphasizes once again the importance of controlling or treating one’s vascular risk factors. No one wants to have a stroke, but this study suggests that we all have some control in the form of preventing a second stroke and maintaining our mental faculties.”

The findings were published in the journal Stroke.