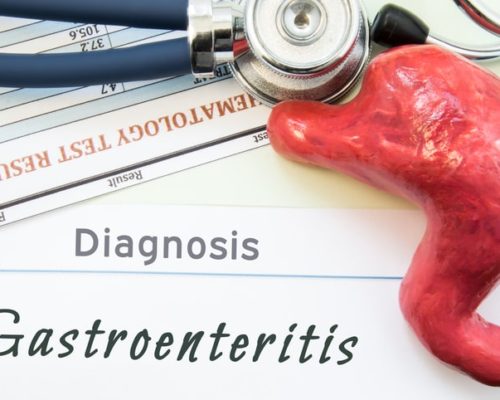 Gastroenteritis is one of those words we do not hear particularly often, but many of us have experienced. The term describes any number of conditions that result in a swollen and inflamed digestive tract as well as vomiting and diarrhea, caused by a viral or bacterial infection.

These types of conditions are entirely treatable but still affect millions of people yearly. Statistically, diarrheal illnesses are the second leading cause of death of children under the age of five around the world. Because these conditions are so prevalent, researchers are seeking new information about what causes them and what increases the risk of their developing.

In a new study, researchers found that the weather can impact the risk of contracting gastroenteritis. In the past, there has been an association found between increased rates of infection and heavy rainfall as well as heat. The research was based out of the Barcelona Institute for Global Health and took over 17 years to complete.

By analyzing weather data and rates of hospitalization for gastroenteritis, the researchers were able to conclude how the temperature affects your chances of getting one of these diarrheal conditions.

During the years of their analysis, the researchers noted 275,182 cases of gastroenteritis and averaged that around 44 people per day were being diagnosed with one or more of these conditions. The analysts limited their data to only cases where gastroenteritis was the main cause for hospitalization, so it is possible that these numbers are even higher than what they found, given that patients may have been admitted to hospitals with comorbidities of greater risk in addition to gastroenteritis.

What they found was that both hot and cold weather had an impact on the number of hospitalizations related to gastroenteritis. When the temperature averaged 12 degrees Celsius, hospitalizations were at their lowest. Higher temperatures, with an average of 26 degrees Celsius, increased the risk of gastroenteritis by 21 percent. Colder temperatures had a lesser impact, but when it reached an average of 6 degrees Celsius rates of gastroenteritis raised by 7 percent also. Unexpectedly, they also noted that heavy rains resulted in a 26 percent increase to the risk of developing one of the diarrheal conditions, though the researchers were unsure about the reasons behind it.

On hotter days, the researchers believe that the risk increased as a result of foodborne infections. “This is probably because heat promotes the growth of bacteria in food,” said Xavier Basagaña, one of the researchers behind the study. “In cold weather, we spend more time indoors, with less ventilation, which increases transmission between people.” In other words, rotaviral infections are at their peak when it is cold outside. This was the reason behind the increase when the temperatures dropped significantly, according to the researchers.