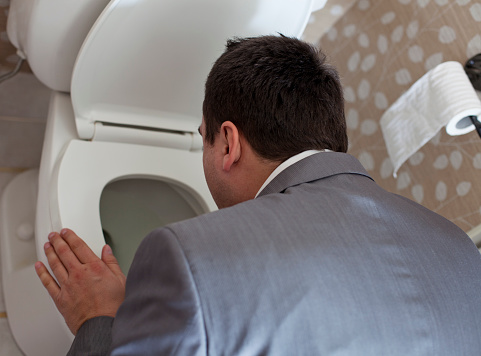 Irritable bowel syndrome (IBS) and gastroenteritis (also known as stomach flu) both affect the gastrointestinal system, but while the former is a chronic condition, the latter is acute.

IBS is a functional disorder, which means, it is not a disease per se, so the symptoms don’t have an identifiable cause. IBS patients show no clinical signs of a disease and often have normal test results.  IBS is often referred to as spastic colitis or mucous colitis, but that’s an erroneous nomenclature, as itis signifies inflammation, and IBS does not cause inflammation.

In their early stages, gastroenteritis and IBS may present similar symptoms, but it is their unique differences which help narrow down on a proper diagnosis. Also, the two conditions are addressed with very different treatment methods. One requires lifelong lifestyle changes, while the other must simply run its course.

A study has found that viral gastroenteritis may lead to post-infectious IBS. For the study, researchers administered questionnaires to the residents of San Felice del Benaco, Italy, after a gastroenteritis outbreak caused by norovirus. A follow-up questionnaire was sent to responders three and six months after the initial one. Participants were also interviewed at 12 months to determine the presence of post-infectious IBS.

The researchers wrote, “Our study shows that [post-infectious IBS] frequently occurs after a viral GE as already known to occur after bacterial GE. In the case of Norovirus infection, gastrointestinal symptoms persist over a period of at least 12 months from the acute illness in over 10 percent of patients. Further investigations should involve assessment of the role of genetic susceptibility to [post-infectious IBS] among our patients.” 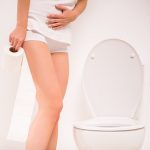 Although not all individuals with IBS symptoms seek medical care, there are between 2.4 and 3.5 million annual physician visits for IBS in the United States alone.  The severity of symptoms varies. Among patients with IBS, 25 percent have severe IBS, 35 percent moderate IBS, and about 40 percent of people have mild IBS.

Determining gastroenteritis prevalence is difficult because many patients do not require hospitalization, so cases are rarely recorded. It is estimated that every year three to five billion cases of acute diarrhea occur worldwide, with about 100 million in the U.S. alone. Severe gastroenteritis is estimated to be responsible for nearly 10,000 deaths in the U.S.

There are two types of gastroenteritis, bacterial and viral, but either type causes the same symptoms, which include vomiting, diarrhea, abdominal cramping, nausea, occasional muscle aches, headache, and a low-grade fever.

The muscles in the colon of an IBS patient contract more readily than in normal people, leading to the various symptoms including:

Difference between IBS and gastroenteritis causes 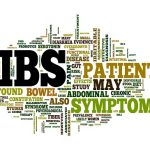 There is still a lot of debate over the actual cause of IBS.  While stress is no doubt an important aspect, researchers believe that the main cause of IBS is a disruption of communication between the brain and the gut.

Researchers observed that people with IBS exhibit irregular colon motility patterns as a result of an unusual sensitivity in the nerve endings in the bowel. Hence, the term “irritable.” Because of this heightened sensitiveness, ordinary stimuli — eating, stress, hormonal changes, gaseous distension, and certain medicines or foods — can trigger an exaggerated response in people with IBS, causing irregular colon motility.

There are many different causes of viral gastroenteritis. Norovirus is the world’s most common foodborne illness, which can spread very quickly among populations. There are many reported norovirus outbreaks in areas where people reside closely together – such as schools, dorms, retirement facilities, and cruise ships. Norovirus is picked up by consuming contaminated food or water, or being in close quarters with someone who is infected.

There are a number of different bacteria associated with bacterial gastroenteritis. Yersinia is found in pork, staphylococcus can be found in dairy products and meat, shigella is linked to water in the swimming pools, and salmonella is found in meat and dairy. Meat and poultry can also contain bacterium called campylobacter. E. coli is a bacterium associated with ground beef and salads. The main culprits of bacterial gastroenteritis are improper food handling (contamination), improper storage of food items, and unthorough preparation of meat.

Complications of IBS include diarrhea or constipation, aggravating hemorrhoids, and intolerance to certain foods. IBS may cause you to have a reduced quality of life as you must be mindful of what you eat, which could lead to depression. Make sure to take care of your mental health if you’re living with IBS, as mental problems could worsen your condition.

Risk factors for viral gastroenteritis include being of younger or older age, living in close quarters, and having a weakened immune system. Additionally, the risk of gastroenteritis increases during the fall to spring months (October to April).

The main complication resulting from gastroenteritis is dehydration. This is why it is so important to stay well hydrated and ensure you are replenishing lost minerals. 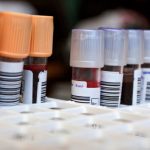 IBS diagnosis isn’t simple, as there isn’t a specific test and you can’t diagnose it based on blood work. Your doctor will review your symptoms and rule out other conditions that may cause similar symptoms. Some red flags indicating a more serious condition are unexplained weight loss, swelling or lump in the stomach, rectal bleeding, and anemia.

Because it’s not clear what causes irritable bowel syndrome, treatment focuses on symptom relief to have you live as normal of a life as possible.

Diagnosis of gastroenteritis also involves symptom review. Other than that, there are no specific diagnostic tests for GE. Oftentimes, unless symptoms are severe, patients do not go in and see their doctor.

In many cases of bacterial gastroenteritis, the symptoms do not show up until a few days after you have actually been infected. Your doctor may ask you to provide a stool sample for testing. You may also be asked about any recent trips you might have taken, as well as your eating habits.

Bacterial gastroenteritis treatment isn’t always necessary. It can go away without any intervention. In some situations though, it can last for weeks. It is important to replace fluids, especially if diarrhea and vomiting are an issue. Without fluid intake, you will become dehydrated and require an IV treatment in a hospital.

If you have a mild case of bacterial gastroenteritis, you can try the steps below to head down the road to recovery: 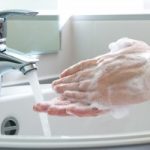 There is no cure for viral gastroenteritis and, unfortunately, you must let it run its course, so prevention is the key. Prevention tips for viral gastroenteritis are similar to prevention tips for the cold or flu – washing hands frequently and properly, staying away from those who are sick, and staying home when you are sick to avoid transmitting it to others. It’s also important to properly wash, prepare, and cook food to lower the risk of contamination. Getting a rotavirus vaccination is a good idea as well.

Home remedies for viral gastroenteritis include reducing your intake of solid foods, allowing your digestive system to rest, sticking with clear fluids and plain broths, avoiding sodas, coffee, or sugary beverages, slowly introducing foods back into your diet as you begin to feel better, avoiding caffeine, dairy, nicotine, and heavily seasoned foods, getting plenty of rest, and being mindful of certain medications as they can worsen stomach symptoms.

If you suspect you have contracted viral gastroenteritis, avoid sharing items with those around you to avoid spreading the illness.