Home » Heart Health » Are You at Risk for This Mysterious Heart Attack? 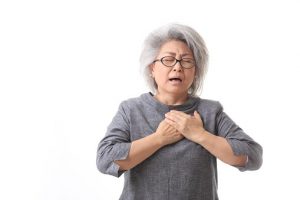 Do you know what MINOCA stands for? If you’ve never heard of this acronym, it stands for Myocardial Infarction with Non-Obstructive Coronary Arteries. But what does MINOCA mean for you?

MINOCA is an umbrella term that refers to a type of heart attack that occurs from blocked arteries.

There was a recent study on the prevalence of MINOCA from researchers at the University of Alberta that followed nearly 36,000 patients over the course of 12 years. The researchers found that six percent of patients experienced a heart attack without any arterial blockage.

Research lead Kevin Bainey explained, “Historically, MINOCA has been seen as a benign condition, and patients are commonly sent home without any treatment or lifestyle advice. Yet we found that after one year’s time, five percent of patients either had another heart attack or died of a heart attack.”

The study found that those who experienced a heart attack due to a blockage had a nine percent higher risk of experiencing another heart attack or death within a year.

“Not only did we find that prognosis only worsens over time, after five years, 11 percent of MINOCA patients were likely to die or have a second heart attack compared with 16 percent of heart patients with blocked arteries,” Dr. Bainey continued.

The researchers suggested that doctors often downplay the severity of MINOCA-related heart attacks with many patients heading home without treatment. The study uncovered that only 40 percent of patients received treatment.

Dr. Bainey added, “Patients need to know that this condition is real, it is associated with adverse outcomes and they need to probe their physicians for more information about the condition and ways to prevent a second heart attack, including making important lifestyle changes like eating healthier and exercising.”

As for potential causes of MINOCA, the researchers suggest a tiny rupture or tear in the artery, plaque build-up which is not visible on scans, inflammation of the heart, and stress-induced heart muscle dysfunction may play a role.