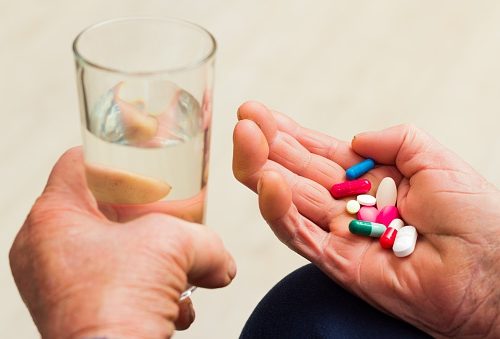 Is the glass half empty or half full? Well, if your outlook on life is generally ‘half empty’, you could be signing yourself up for early memory loss. Yale researchers found that having negative thoughts can cause changes in the brain that may spark Alzheimer’s disease. Study author Becca Levy said, “We believe it is the stress generated by the negative beliefs about aging that individuals sometimes internalize from society that can result in pathological brain changes. Although the findings are concerning, it is encouraging to realize that these negative beliefs about aging can be mitigated, and positive beliefs about aging can be reinforced, so that the adverse impact is not inevitable.”

Studies have found that adults exposed to high levels of lead have a greater risk of dementia, compared to those who are not exposed to the metal. While memory impairment is higher among those with greater exposure to led, these individuals were also found to have higher blood pressure, which is a risk factor for dementia in itself.

Consuming foods high in antioxidants can help fight off the oxidative stress in the body caused by lead. And have your home checked for lead, especially if it’s an older built.

Medications, from antidepressants to antihistamines, can increase the risk of memory loss. Researchers found that certain dosages of particular medications increased the risk of dementia. Additionally, the findings also suggest that once the damage is done it cannot be reversed by simply stopping the medication. Therefore, talk to your doctor about any potential memory-altering side effects your medications may contribute to.

A 2014 study found that DDT insecticide could increase the risk of Alzheimer’s disease. Although DDT has been banned in the U.S. since 1972, it can still be found elsewhere. Furthermore, a breakdown of DDT known as DDE can be found at waste sites where it can enter the environment.

The Centers for Disease Control and Prevention (CDC) reports that the majority of DDT found in humans comes from meat, poultry, dairy products, and fish.

A study published in Neurology found that the risk of dementia in depression patients rose 50 percent with each 10-point increase on the depression test. For Alzheimer’s disease, the risk increased 40 percent for every 10-point rise on the test score. Overall, depressed individuals had 1.5 times higher risk of developing either dementia or Alzheimer’s disease than individuals without depression.

If you suspect you have depression or if you know someone who does, seeking counseling or medical attention in order to treat depression can help lower your risk of dementia or Alzheimer’s disease.

Many of the listed risk factors for dementia and Alzheimer’s disease can be modified, so no matter how old you are, it’s still not too late to try and preserve your memory.

The risk of dementia in older adults is lower among those with healthier arteries, according to new findings. The findings come from researchers at the University of Pennsylvania where they uncovered those seniors in their 80s and 90s who were free of calcium buildup in their arteries had a lower risk of dementia compared to those with calcium buildup. Aside from dementia, calcium buildup in the arteries is also linked with an increased risk of heart disease, heart attack, and stroke. Continue reading…