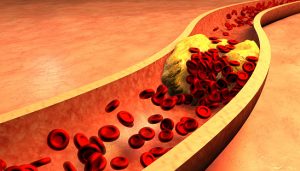 The researchers do not that the study does not reveal that calcium buildup is the cause for dementia, but that hardening of the arteries is associated with dementia.
Dr. Kuller added, “Lifestyle risk factors measured even in pre-menopause, at age 45 to 50 — such as levels of cholesterol, smoking, blood pressure, higher physical activity — are determinants of calcium levels among these older women.”

The researchers collected data from over 500 individual’s part of a cardiovascular health-cognition. The average age at the study start was 80.

Each year the participants were evaluated for signs of dementia as well as calcium buildup in the arteries.

The findings reveal two findings: One, if prevention and treatment of heart disease continues to improve people will live longer and there will be a higher prevalence of dementia. Two, risk factors that contribute to hardening of the arteries – atherosclerosis – may also play a role in dementia as well.

“Cardiovascular disease significantly contributes to dementia, including Alzheimer’s disease,” added co-author of an accompanying editorial Walter Swardfager. “Even in those who live this long without having a heart attack or stroke, blood vessel disease can predict death and dementia. To prevent dementia in the very old, we may need to prevent cardiovascular disease or learn to protect the brain from it.”