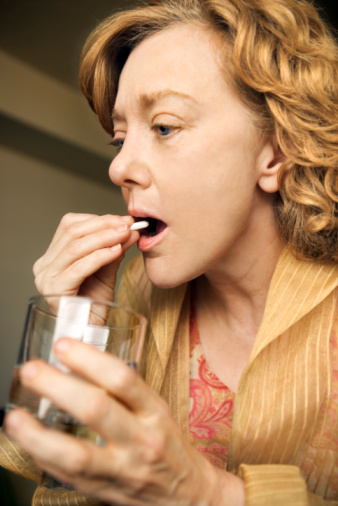 When you think about a death due to drug overdose, most of us picture an irresponsible teen or a homeless person on the streets, not the mom next door or your own grandmother. But a report released by the Centers for Disease Control and Prevention (CDC) recently shocked the public by blowing this stereotype out of the water. The CDC’s collected data found middle-aged women to be the fasting growing group of individuals dying from drug overdoses.  And the worst culprit is prescription painkillers.

In the past, men that were addicted to heroin or cocaine accounted for most drug overdose deaths. However, this changed in 2010 when women accounted for approximately 40 percent of overdose deaths, with many of them being middle-aged women who had taken prescription painkillers.

The CDC reviewed the available death certificates (which were commonly incomplete) and found that a specific drug was mentioned in a select few of the cases and a combination of drugs was listed in others.  However, they state that it was difficult to determine which deaths were accidental and which were the result of intentional suicide.  In addition to an increasing number of drug overdose deaths in women, the CDC also found that emergency room visits due to prescription painkillers doubled between 2004 and 2010.  This is also a cause for concern, as increased emergency visits place additional stress on an already maxed-out healthcare system.

Reasons behind the Changing Trends

There are various reasons for the increasing number of women dying from prescription painkiller overdose.  The first is that women are more likely to seek treatment for chronic pain, and doctors usually prescribe higher doses of painkillers to women for the treatment of this pain.  Women are also more likely to use the prescribed medication for a longer time period.  Additionally, women are more likely than men to jump from doctor to doctor, looking for painkiller prescriptions. While many women seek treatment for real pain that they are experiencing, some of these women get addicted to the strong painkillers and lose control, resulting in emergency room visits, or worse, death.

Unfortunately, many medical doctors have yet to acknowledge this rising prescription drug abuse problem in women, still caught in the traditional mindset that men are the ones more typically known to suffer from drug addiction.   Medical doctors need to be educated on the shift that is being seen in society, and must change their mentality in regards to the prevention and treatment of chronic pain patients.  Conservative prevention and treatment options need to be given to patients as a first step before utilizing strong prescription painkillers, such as Vicodin and OxyContin.

Prevention options include increasing physical activity and diet changes to control weight, which can contribute to chronic pain.  Other conservative treatment options for chronic pain include physical therapy, chiropractic, massage therapy and acupuncture, and all-natural medication. In fact, America’s #1 orthopedic surgeon relies on this all natural remedy as his first choice for treatment of joint discomfort.  If conservative prevention and treatment options fail and prescription painkiller medication is the only remaining option, patient education is a critical step that doctors need to take in order to avoid drug abuse and prescription drug overdose deaths.   If this problem isn’t addressed soon, it may rapidly escalate in severity in the near future.