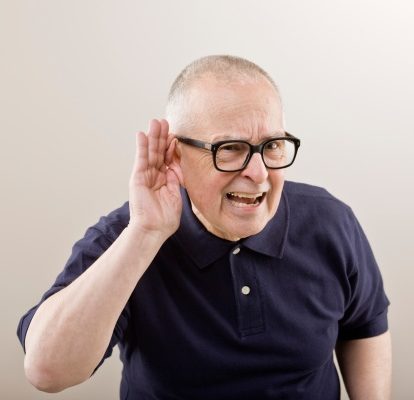 Can you speak louder please?  Hearing loss has been long considered as a feature common among the elderly, yet according to a recent medical report, hearing loss can also occur in the younger, general population.  According to the report published in the British Medical Journal, hearing loss may also be caused by specific occupations that are strongly associated with loud noises.  It is thus important to understand and identify specific factors that trigger early symptoms of hearing loss in order to adopt preventative measures to decrease the risk of deafness.  Knowing possible causes of progressive hearing loss may also help in the design of treatment schemes for hearing loss.

Ringing in the Ears and Hearing Loss

One general complaint that is strongly associated with hearing loss is ringing in the ears, also known as tinnitus.  This condition involves the hearing a sound even in the absence of an acoustic source.  Tinnitus may thus be annoying to some individuals and can also become distracting, thus prompting these individuals to seek medical treatment to decrease this uncomfortable sensation and to learn of preventative measures against deafness.  For others, ringing in the ears may disturb sleep patterns, resulting in physical and emotional imbalances due to the lack to rest that may be caused by these noises.  It is thus important that the appropriate treatment for ringing in the ears be given as soon as possible, as a preventative measure against more serious complications.

It has been suggested that tinnitus may represent the existence of physical damage in the inner region of the ear, namely the cochlea, which is responsible in the transmission of sound waves to the brain.  The continuous stimulation of the cochlea by the nerves in the ear may thus result in the perception of sound, even in the absence of a source.  For certain individuals, the treatment for damaged cochlea involves the use of hearing aids, which amplifies the sound and thus augments hearing loss.  The use of hearing aids may also serve as preventative scheme against accidents that may be caused by a decrease in hearing due to ringing in the ears.

According to the medical report, ringing in the ears may also occur in the general population, especially when exposed to environments that are characterized by loud noises.  Construction workers, who are often operating machines that emit loud noises, are thus more likely to experience tinnitus and are thus in need of preventative schemes against noise exposure.  The absence of treatment of and preventative measures against continuous exposure to loud noises may eventually result in the development of hearing loss.  Ringing in the ears may also be caused by exposure to toxins, infections, and diseases and thus it is important that proper and effective treatment be given to patients as a preventative measure against the development of deafness.

What is Causing Ringing Ears?

The medical report lists a number of conditions that are strongly associated with experiencing ringing in the ears and possibly hearing loss if preventative measures against the causative factors are not controlled.  It is also possible to design treatment schemes for ringing in the ears, which may usually focus in decreasing the loud noises that continuously surround these individuals at work or at home.  Using a study population consisting of approximately 49,948 adults, the investigators conducted a survey on the type and nature of occupation of these study participants, taking note of noise exposure and other factors that may play a role in the development of ringing in the ears and ultimately, hearing loss.

The results of the study showed that the type of occupation plays a role in the development of tinnitus.  This information may be used in the design of treatment plans for tinnitus patients, decreasing the discomfort associated with this auditory condition.  More importantly, the report showed that a major preventative measure against ringing in the ears involved self-reporting of the existence of loud noise, thus allowing the workplace’s management to control the amount of noise exposure for these individuals.  Among the male study participants, those working at construction sites were identified to be at high risk for ringing in the ears.

Interestingly, female study participants who led a generally inactive lifestyle were shown to be more likely to experience ringing in the ears.  Although the discrepancies between genders may be quite stunning, the results of the study may provide information in the design of treatment schemes for ringing in the ears.  For example, the use of ear protectors may serve as preventative equipment against damage to the ears.  On the other hand, physical exercise may be suggested as another possible treatment for inactive women suffering from ringing in the ears.  It is thus important to be aware of continuous noise exposure and to control its occurrence, if possible, in order to decrease the risk of tinnitus and deafness.