Home » Hearing Health » Ringing in the Ears? This May Help 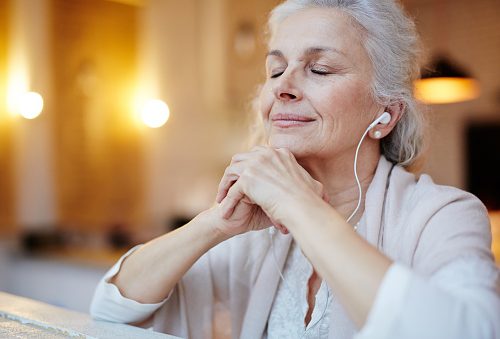 Ringing in the ear—otherwise known as tinnitus—can be a highly annoying condition to live with. Buzzing, ringing, or humming is constantly heard, which can make hearing other sounds difficult. Unfortunately, until now, sufferers of tinnitus have experienced little to no relief through conventional treatments, but this may soon change with the development of a new device.

The experimental device uses precisely timed sound and skin stimulation to target nerve activity in the brain. When tested on lab animals, it was proven to be successful.

When you have tinnitus, your fusiform cells are always active, creating the ringing sound. “These signals are transmitted to the auditory part of the brain and are interpreted as sound when there is no sound stimulus,” Shore added.

Roughly 15 percent of Americans live with tinnitus with about two million of them being unable to work or perform daily tasks, as their tinnitus is too severe.

The new study revealed that fusiform cells activity could be tamed through sounds and mild electrical stimulation using an at-home device of electrodes and earphones.

Patients used the device for 30 minutes a day over the course of four weeks. After one week, the volume of tinnitus returned, but the quality of life improvements lasted for weeks. Those using a placebo device did not experience any improvements to tinnitus or quality of life.

Shore explained, “We don’t know at this point whether they will need to continue to use it every day, or if they will just need to do it once a week or so. This will have to be determined.”

The new device, known as stimulus timing-dependent plasticity (STDP), aims to correct the nerve malfunction that is at the root of tinnitus.

Participants used in the study were chosen based on the ability to curb their tinnitus by clenching their jaws, sticking out their tongues, or turning or flexing their necks, as they seem to be most responsive to this combination therapy.

Dr. Harrison Lin, not involved in the study, added, “This report of a non-invasive, well-tolerated method of reducing the volume of tinnitus for people suffering from bothersome and intolerable tinnitus is incredibly important. This approach will hopefully mature into new, safe and effective treatment options, which are currently sorely lacking.”

7 essential oils for tinnitus: Benefits and how they can treat ringing ears

Tinnitus diet: Foods to eat and to avoid for managing tinnitus

Tinnitus Management: Therapies and exercises to manage ringing in the ears

Simple ways to stop ringing in the ears: Treatment for momentary and chronic ringing