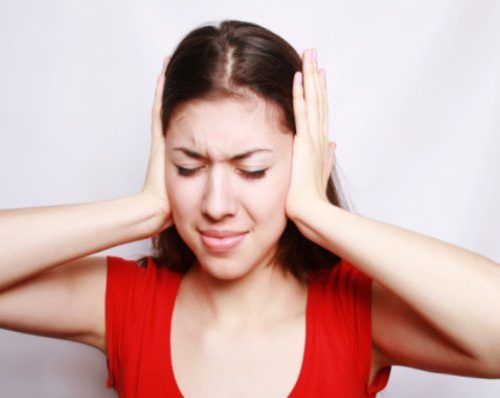 Crackling sounds in the ear can be very annoying to sufferers and even lead to distress. It can make us fixated on what is causing this sensation in your ears, often distracting us from other things in life. It can even lead to anxiety, lack of sleep, poor school or work performance, and even decreased mood.

A medical term that may be used to refer to a crackling sound in the ears is tinnitus. This term can be applied to those who experience various abnormal sounds in the ear such as ringing, whistling, hissing, clicking, popping, and of course crackling.

What causes crackling sound in ear?

Considered the leading cause of a cracking sound in the ear. Ear wax can become dry and can cover the eardrum. Due to this structure being a vital component in the conduction of sound, having a hard substance such as dry ear wax covering it can lead to a cracking-like vibration of the eardrum.

Another common cause of crackling sounds in the ear is an abnormality in the small tube that connects the ear between the back of the nose and the upper part of the throat. The eustachian tube’s function is to circulate air within the middle, which plays a role in maintaining a balance between internal and external air pressure. The eustachian tube can often be seen in action during altitude changes when you experience a popping sound in the ear. When there is a eustachian tube dysfunction, such as in the case of a respiratory infection or an allergic reaction, fluid accumulation can occur. This leads the pressure inside to become higher than normal and possibly create a crackling-like sound when you open your mouth and yawn.

There are many over-the-counter and prescription drugs that can damage the auditory nerve, which is responsible for allowing us to hear. They are often referred to as being ototoxic. If used incorrectly, a patient may experience sudden hearing loss, tinnitus, or uncomfortable sounds such as popping, crunching, or crackling in ear. This may be seen when taking high doses of ibuprofen, certain antibiotic medications, and some diuretic drugs.

This disorder is characterized by excruciating pain or tenderness in your jaw. We use our jaw muscles every day to chew our food, to speak, and to breathe. All of these actions rest upon a joint called the temporomandibular joint. This sliding hinge can be the source of pain felt in the joint itself as well as the muscles that control jaw movement. The exact cause of TMJ disorder development may be difficult to determine but can be the result of several factors including genetics, arthritis, or jaw injury.

Foreign body in the ear

Any object that enters the middle ear has the potential to rub against the eardrum and produce a crackling sound. It may even be caused by an insect that has accidentally become trapped in the ear canal.

The various structures of the inner ear are very complex. It not only allows us to hear the world around us, but also helps to maintain our balance. These two actions are handled by the cochlea and the vestibule structures, respectively. Within the cochlea lie sensory hair cells that help to conduct sound and send its signal to the brain. These hair cells can be destroyed, leading to hearing loss.

Certain bacterial and viral infection can infect the ear and its internal structures, leading to an abnormality in hearing as well as the sensation of hearing crackling in ear.

Constant exposure to loud noises or even a sudden loud noise can seriously damage the eardrum and its internal structures, causing hearing loss or crackling sounds in ear.

How to get rid of crackling sound in ear

Earwax can be removed with relative ease with the use of an earwax removal kit or with the aid of a trained medical professional. It is advised not to remove earwax with a cotton swab, as they tend to push wax further inside the ear, which could potentially damage the eardrum. The following are some ways you can get rid of earwax

A remedy to help soften excess earwax build-up. Start by warming up some pure olive oil. With the use of a dropper, put two to three drops into the clogged ear, letting it settle for about 10 minutes. Once the earwax has softened enough, used a soft cloth or a piece of tissue paper to very gently remove the oil and earwax from your blocked ear. This same method can be used with baby oil or mineral oil.

A solution commonly used to treat wounds, hydrogen peroxide can also be used to unclog clogged ears. Using three percent hydrogen peroxide and the aid of an ear dropper, drop two drops into your ear. You will hear a fizzing sound, which indicates that the solution is doing its job. After about 10 minutes, tilt your head to drain the liquid. It is advised not to overuse hydrogen peroxide as it can eventually harm your eardrums.

By flushing your ears with warm water, you can help to open up a clogged ear. Fill a syringe with warm water, and while pulling down on your earlobe, gently squeeze the warm water into your ear. After about 10 minutes, drain the water from your ear, which will now be accompanied by the excess ear wax build-up.

This condition may simply resolve on its own, but if symptoms are severe or last for more than two weeks, your doctor may be inclined to offer you some form of treatment. Depending on the severity and cause of eustachian tube dysfunction, treatment options will differ. Treatment may include the use of over-the-counter medication or specially prescribed drugs with the goal of reducing or eliminating symptoms.

Your doctor should be aware of all the medications you are currently taking. If they were to find a currently used drug that is known for potentially causing hearing loss or abnormities, they will discontinue its use and find an alternative. However, it will also take some diligence on your part to make sure your stay informed and research side effects of your drugs.

Surgical or other procedures

Depending on the type of ear infection and the bacterial organism involve, treatment may vary. It is also a good idea to speak to a doctor and get professional treatment for an ear infection, as antibiotics will surely be your best chance of fully resolving the condition. However, there are several things you can do yourself at home to help relieve ear infection symptoms:

Various home remedies for middle ear infections include the use of:

Other ways to treat crackling sound in ear

Accomplished by keeping the mouth closed while you pinch your nostrils. Take a deep breath through your mouth and try to blow the air through your nose again. You may hear a slight popping sound, which indicates the eustachian tubes—the auditory tube that links the nasopharynx to the middle ear—are open again. Please be advised not to blow through your nose with excessive force as this may cause irreversible damage to the eardrum.

A common remedy for those suffering from sinus congestion, the use of steam can also help to relieve clogged ears as well. By filling a bowl with steaming water and putting your head over it while under a towel, the ears can become unblocked. It is important to be careful when handling boiling water as it and the steam it produces can easily lead to burns.

Drinking a minimum of eight glasses of water a day helps to keep you from becoming dehydrated. Getting your daily recommended values of calcium and magnesium through your diet as also be found to play a role in promoting health and possibly preventing causes of crackling ear. An average adult requires a daily magnesium intake of 310mg, while the average calcium intake is around 1000mg per day. Foods with high cholesterol are not good for people with persistent ear crackling.

Getting enough sleep, practicing yoga, and making an effort to get regular exercise are all things you can do to promote health and decrease stress levels. Also, keeping a diary of when you are feeling tired or exhausted can help you get better control over possible stress-related causes.

Related: Simple ways to stop ringing in the ears: Treatment for momentary and chronic ringing