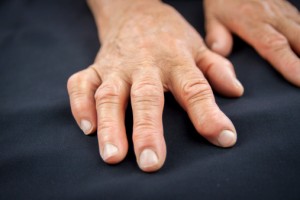 Researchers found a link between mood and pain experienced in rheumatoid arthritis patients.

“We found evidence consistent with a common, but largely untested, contention that mood in the moment is associated with fluctuation in pain and pain-related restrictions,” said Jennifer E. Graham-Engeland – associate professor of biobehavioral health.

Rheumatoid arthritis is a form of arthritis characterized by chronic inflammation in small joints, usually the hands and feet. It can cause swelling and redness and be a quite painful.

For the research, participants were given mobile devices which prompted them to rate their mood and pain over the course of seven days, five times a day. Learn More

A recent study uncovered a protein that can help offset the effects of RA. 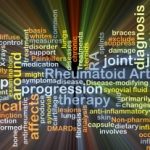 Recently, there was a scientific breakthrough on the diagnosis of rheumatoid arthritis (RA); a team of researches uncovered a protein that helps regulate the severity of tissue damage caused by RA. This discovery is going to provide a quicker and earlier diagnosis for patients who would experience the most severe effects of rheumatoid arthritis. Early diagnosis will lead to aggressive treatments and as a result, reduced damage to the joints.

Currently, one of the major challenges of RA is effectively diagnosing it early enough to treat it. A team of Irish scientists from UCD and the University of Sheffield analyzed biopsy samples and DNA data from over 1,000 RA patients.

Research leader, from UCD, Professor Gerry Wilson, said, “Our findings provide a genetic marker that could be used to identify those RA patients who require more aggressive treatments or personalized medicine.” The marker is a protein (C5orf30) that can help normalize the level of tissue damage (and even prevent tissue damage) resulting from RA. Learn More

Patients with RA have an increased risk of death due to respiratory and cardiovascular causes. 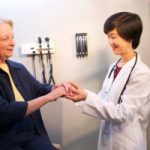 Researchers from the Brigham and Women’s Hospital have revealed more details about the link between rheumatoid arthritis and an increased risk of death. The investigators used research from the Nurses’ Health Study, which followed over 100,000 registered nurses since 1976, and found that rheumatoid arthritis is associated with an increased risk of death, in particular due to respiratory and cardiovascular causes. The findings suggest closer attention needs to be paid to respiratory and cardiovascular symptoms in individuals with rheumatoid arthritis (RA).

Corresponding author Jeffrey Sparks, M.D., said, “Previous studies have suggested that RA may be associated with increased mortality, but were not able to control for other variables, such as smoking, that affect both RA and mortality risks. Because the Nurses’ Health Study is so large and has been following participants for so long, we were able to gather much more information about our subjects – we could follow them before and after diagnosis, take their health behaviors into account and determine specific causes of death. By doing so, we found strong evidence of increased risk for respiratory, cardiovascular and overall mortality for patients with RA.” Learn More 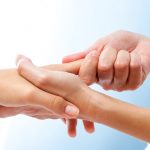 Yoony Y.J Gent from the VU University Medical Center in the Netherlands wrote, “Subclinical macrophage activity can be present in treated RA patients with clinically quiescent disease, regardless of disease duration.” The research builds a case that imaging should be required in patients when determining RA diagnosis as it can still reveal synovitis, even at subclinical level.

The study was conducted on 25 patients over the course of nine months. They were on a medication which limited disease activity of rheumatoid arthritis – and synovitis was unapparent. A flare up was considered as one swollen joint during an examination.

Each patient had 22 joints imaged with PET imaging. 11 patients were considered PET-positive. More than half of patients experienced a flare up within a year.

Researchers added, “Our study suggests higher specificity for macrophage-targeted PET both for dichotomous outcome (PET and MRI positivity at a patient level; yes – no) and for the cumulative score.” Learn More

Researchers have found that RA can increase heart attack risk. 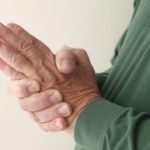 Research from the National Medical Centre in Mexico City, presented at an international cardiology conference this May, revealed that rheumatoid arthritis can increase the risk of heart attack. But how does a disease that affects joints trigger a heart attack?

For the study, 91 participants with rheumatoid arthritis and factors of cardiovascular illness, but no symptoms of heart disease were examined. Nuclear cardiology was used to assess the existence of ischaemia and infarction – supply of blood to the heart and tissue death by lack of oxygen.

Researchers found that a quarter of those with rheumatoid arthritis had no symptoms of heart disease but they did have an increased risk of heart attack because of the presence of ischaemia and infarction – in large part due to the inflammation caused by the rheumatoid arthritis. Learn More