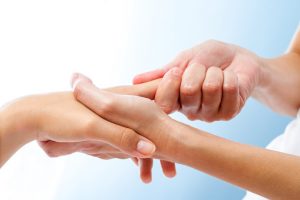 Synovitis can be detected with the use of positron emission tomography (PET) imaging in rheumatoid arthritis, according to new research.

Synovitis is a condition where inflammation occurs in the lining of the joint – known as the synovium. Swelling, redness and warmth can also be observed during a physical examine.

Synovitis is commonly associated with rheumatoid arthritis (RA) because RA can irritate the lining of the synovium, leading to inflammation.

According to the latest findings, the use of PET imaging can help doctors determine synovitis in patients with early rheumatoid arthritis. 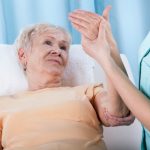 Previous research revealed promise in identifying synovitis in patients with longstanding disease, but research has not examined synovitis along with rheumatoid arthritis.

Yoony Y.J Gent from the VU University Medical Center in the Netherlands wrote, “Subclinical macrophage activity can be present in treated RA patients with clinically quiescent disease, regardless of disease duration.” The research builds a case that imaging should be required in patients when determining RA diagnosis as it can still reveal synovitis, even at subclinical level.

The study was conducted on 25 patients over the course of nine months. They were on a medication which limited disease activity of rheumatoid arthritis – and synovitis was unapparent. A flare up was considered as one swollen joint during an examination.

Each patient had 22 joints imaged with PET imaging. 11 patients were considered PET-positive. More than half of patients experienced a flare up within a year.

Researchers added, “Our study suggests higher specificity for macrophage-targeted PET both for dichotomous outcome (PET and MRI positivity at a patient level; yes – no) and for the cumulative score.”

The findings were published in Arthritis Research & Therapy.

What is synovium and synovitis?

Synovium is the thin layer of tissue which lines the joints and tendons. The synovium controls the joint environment by determining what can pass through and what stays on the outside of the joint. Furthermore, it produces lubrication for the joints, so they can move with ease.

Synovitis is a condition where inflammation occurs on the synovium.

How rheumatoid arthritis affects the synovium 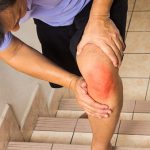 Rheumatoid arthritis is an autoimmune disease where the immune system attacks soft joints and leads to inflammation of the joints. This can contribute to swelling and pain and can make everyday tasks quite difficult. Over time, chronic inflammation can lead to joint deformities as damage to cartilage and soft tissue progresses.


Causes and symptoms of synovitis

There are many different causes of synovitis including:

Symptoms of synovitis are: 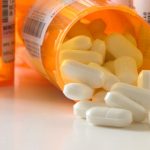 Diagnosis of synovitis can take place during a physical examination. Swelling, redness and warmth are quite prevalent in a physical exam. Furthermore, a synovial fluid analysis can be conducted to determine diagnosis. Fluid is taken from the synovium, and it can also be useful to determine other conditions like gout and arthritis. The fluid is withdrawn using a thin needle and is sent out for analysis.

Treatment for synovitis involves anti-inflammatory medication. If the condition becomes worse, steroid injections may be used to alleviate pain and improve function. Stronger prescription medications may be advised if quality of life is disrupted.