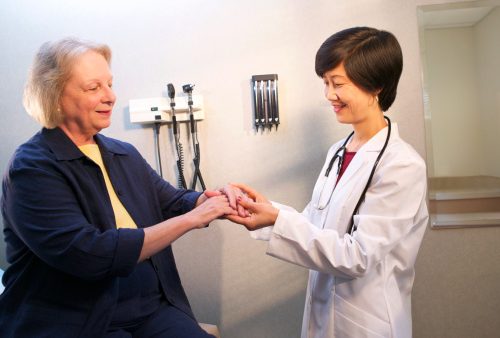 Researchers from the Brigham and Women’s Hospital have revealed more details about the link between rheumatoid arthritis and an increased risk of death. The investigators used research from the Nurses’ Health Study, which followed over 100,000 registered nurses since 1976, and found that rheumatoid arthritis is associated with an increased risk of death, in particular due to respiratory and cardiovascular causes. The findings suggest closer attention needs to be paid to respiratory and cardiovascular symptoms in individuals with rheumatoid arthritis (RA).

Corresponding author Jeffrey Sparks, M.D., said, “Previous studies have suggested that RA may be associated with increased mortality, but were not able to control for other variables, such as smoking, that affect both RA and mortality risks. Because the Nurses’ Health Study is so large and has been following participants for so long, we were able to gather much more information about our subjects – we could follow them before and after diagnosis, take their health behaviors into account and determine specific causes of death. By doing so, we found strong evidence of increased risk for respiratory, cardiovascular and overall mortality for patients with RA.”
The study examined 964 women and their mortality rates were compared to women without rheumatoid arthritis. Other factors like smoking, which is known to contribute to respiratory and cardiovascular death, were also taken into account. Researchers found that having rheumatoid arthritis increased the risk of death by 40 percent. For those who died of respiratory causes, the researchers uncovered the common cause was obstructive pulmonary disease (COPD).

“We hope that this study will encourage patients and clinicians to be more aware that patients with RA are at increased risk of both respiratory and cardiovascular mortality, particularly patients with seropositive RA,” Sparks concluded.