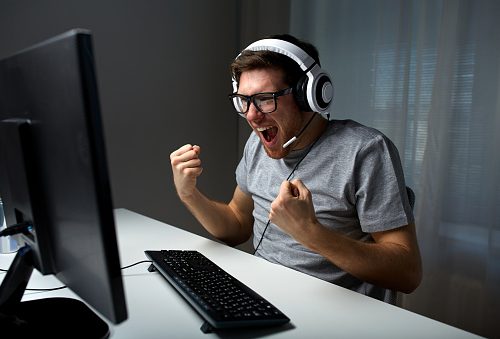 While video games have become a multibillion-dollar industry, proving fun and enjoyment to millions of gamers around the globe, there is still a stigma attached to it. Gamers often face criticism from non-gamers for this hobby being simply a waste of time.

This statement may, in fact, be further than the truth. A new study carried out by researchers at the University of York have discovered that young people performing well at certain types of video games may be a sign of high levels of intelligence.

The researchers stress that their study did not address whether playing video games makes young people smarter, but they established a link between strategy and intelligence.

Looking at the most popular games today

The research team focused on two of the most popular game genres being played by millions of gamers today. These are Multiplayer Online Battle Arenas (MOBAs) and First-Person Shooter (FPS) games.

The MOBA game in question was named League of Legends, perhaps one of the most popular games played by millions around the globe today. For the first study, a group of highly skilled players was examined, comparing performance in the game and performance in standard pencil-and-paper intelligence tests.

The second study focused on analyzing data from a total of four games. These included two MOBAs, League of Legends and Defense of the Ancients 2 (Dota2) and two first-person shooters, Destiny and Battlefield 3.

First person shooter games involve players shooting enemies and other targets with guns or other projectiles. They’re usually first person, meaning you see as if you were looking through their character’s eyes.


Effect games have on gamers over time

After compiling data from thousands of players across all the games mentioned, the researchers found that performance in MOBAs and IQ behave in similar ways as players get older. They go on to suggest that the skills and abilities used and developed while playing these games are similar to playing other traditional games like chess.

However, this effect did not translate the same way for first-person shooters, where performance was seen to decline after subjects left their teens. They believe these games prioritize speed and accuracy, whereas MOBAs rely more on memory and strategic decisions.

“Games such as League of Legends and DOTA 2 are complex, socially-interactive and intellectually demanding. Our research would suggest that your performance in these games can be a measure of intelligence. Research in the past has pointed to the fact that people who are good at strategy games such as chess tend to score highly at IQ tests.

Our research has extended this to games that millions of people across the planet play every day,” said corresponding author professor Alex Wade of the University of York’s Department of Psychology and Digital Creativity Labs.