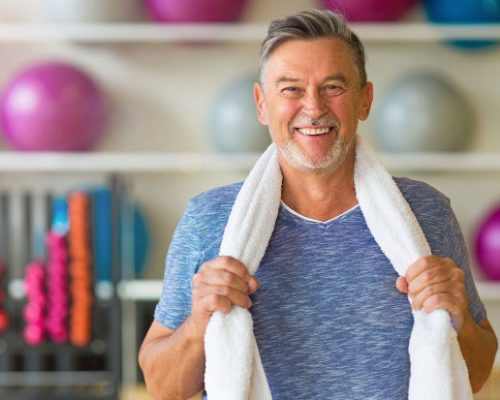 In a study recently presented at the American Heart Association’s International Stroke Conference 2017, researchers found that the loss of collateral vessels—which reroute blood flow when arteries narrow—can be prevented by exercise. This network of blood vessels reduces in number and narrows in diameter as we age, negatively affecting its function of rerouting blood flow.

To determine the effect of exercise on the reduction of collateral circulation, researchers used mice models. The mice were split into two groups, with the first beginning regular aerobic exercise at 12 months old (equivalent to 40 years old in humans) and the second group not exercising. In the mice who had started exercising, the number of collateral vessels present at 25 months old (or 70 human years) was equal to the amount present at 3 months old (equivalent to 16 human years).

In contrast, the mice who did not exercise had fewer collateral cells, and those they did have were smaller in diameter. The mice who exercised and suffered strokes saw much less brain damage than the damage that was observed in non-exercising mice. Also, the exercising mice were found to have higher levels of molecules that aid in the proper functioning of blood vessels.
These results suggest that beginning regular aerobic exercise in middle age is not too late to have lasting health benefits. If these results translate to humans, it may mean that frequent and structured aerobic exercise could limit the cognitive damage that occurs after a stroke. The improved health of the collateral blood cells that stems from regular exercise aids in the circulation of blood during and after a stroke, allowing necessary blood to reach the brain and preventing more extensive damage.

Regular exercise can save you $2,500 annually