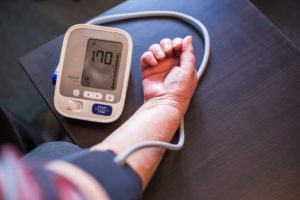 The researchers suggest that treating hypertension in patients could help prevent Alzheimer’s disease and other forms of dementia.

Over 65 percent of seniors in the US have hypertension, which suggests that high blood pressure and dementia may have a link. Improving vascular health can go a long way in improving cognitive function.

The study consisted of 6,895 men and 3,413 women, aged 35–55 at the outset of the study. The participants’ blood pressure measurements were taken in a sitting position, after five minutes of resting. Both systolic and diastolic blood pressure was measured twice at each follow-up. The status of patients’ dementia was analyzed by using the data from three national health databases.

We all know the importance of maintaining healthy blood pressure levels when it comes to protecting our heart health. These two studies show the added benefit that lower blood pressure can have on our brain health.