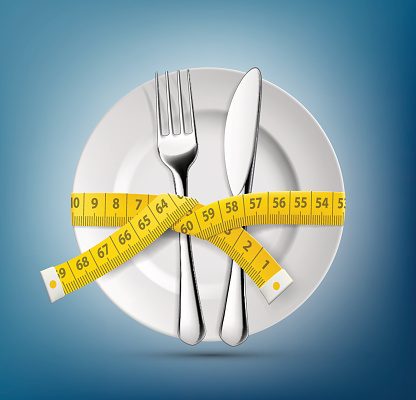 Our appetite is mostly to blame when it comes to overeating. When we’ve consumed our recommended daily intake, it is our appetite for just another slice of pizza or cake that causes us to have trouble maintaining a healthy weight.

Research into the hunger and appetite dynamic has identified a previously discovered hormone, called Asprosin. It was originally found to regulate blood-glucose levels, but also found to act on the brain, stimulating the hunger centers. These centers play a role in stimulating appetite and body weight.

“We discovered asprosin when studying individuals affected by a rare medical condition called neonatal progeroid syndrome. We found that patients with neonatal progeroid syndrome have a mutation in the FBN1 gene that causes them to lack a small piece of the fibrillin-1 protein. In individuals without the FBN1mutation, this small piece, which we named asprosin,” said Chopra, corresponding author, and Caroline Wiess Law Scholar.

Study of a rare genetic disorder

Neonatal progeroid syndrome, aka Wiedemann-Rautenstrauch syndrome, is a rare autosomal recessive disorder characterized by extreme thinness due to very low body weight. The research team’s original goal was to look deeper into this condition. What they found was a hormone that could open up intriguing possibilities for developing a novel treatment for overweight individuals.

It was the correlation between low blood asprosin levels found in patients with neonatal progeroid syndrome and their abnormally low appetite levels that made the researchers wonder if the hormone could be playing a role in normal appetites in healthy people.

The researchers devised an experiment using genetically engineered mice that carried the same mutation found in neonatal progeroid syndrome. This led the mice to develop low appetites and become very thin. They were also able to reverse this appetite suppression by simply administering asprosin to the mice.


The hormone is specific to stimulating appetite

The investigation into how this hormone affects the brain found that asprosin interacts with neurons in the appetite centers of the hypothalamus and appears to be quite unique.

They looked into the blood levels of asprosin in obese individuals and found that they had increased levels. However, despite knowing the various signal pathways for this hormone, the receptor that it acts on has yet to be identified.

“Although we don’t yet understand the mechanism behind this increase, it gives us a possible opportunity to treat obesity by regulating blood asprosin levels. We developed an antibody against asprosin that can neutralize asprosin function completely. We administered this antibody to obese mice and found that the mice ate less and lost weight.

Significantly more work remains to be done; however, these results potentially open the doors on a completely new way to treat obesity,” Chopra said.

New molecule found to play a role in appetite and hunger