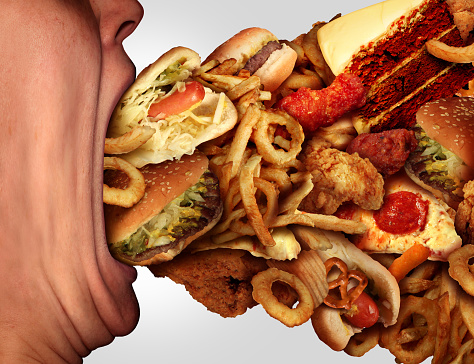 Controlling the amount of food we consume per day can be challenging. We try to go on diets that only allow a certain dietary limit, but more often than not, we give into our insatiable appetite, gorging on more food than we should. If we could control these feelings of hunger, we would be able to better achieve our dietary goals and maintain a healthy lifestyle. This may soon become a reality, as new research has discovered a molecule that increases during periods of fasting, which, if controlled, has the potential for making it easier to suppress our cravings in the future.

The molecule in question is a neuron excited protein and was discovered by Professor Kazuyoshi Ukena of Hiroshima University, who named it NPGL. This molecule appeared to be involved in maintaining body mass at a constant. During periods of food engorgement, NPGL levels saw a decrease, and during the opposite, it increased. This new discovery changes everything previously known about our understanding of hunger.

Before knowing about NPGL, the previous understanding of hunger was that fatty tissue would release a hormone called leptin, which reduced appetite, while ghrelin, a hormone released from the stomach tissue, increased appetite. These two hormones, in turn, activate a host of neurons in the brain’s hypothalamus centers for energy control.

Professor Ukena first discovered the molecule when he noticed that growing birds grew larger unrelatedly to diet. This led Ukena to perform a DNA database search to see if mammals might also possess this indescribable substance, and to his surprise, it was present in all vertebrates including humans. This prompted Ukena to perform mice studies, using three groups of mice, and on three different diets, to see if NPGL levels changed. The first group of mice had a low-calorie diet for 24 weeks, the second group was fed a high-fat diet for five weeks, and the third group was fed a high-fat diet for an extended 13 weeks.
The results at the end of the study found that an extreme increase in NPGL expression was seen in mice fed a low-calorie diet, while the mice on the high-fat diet for five weeks saw a large decrease. Further analysis of the neuronal network of NPGL showed that it affected the exact same locations of the brain known to control appetite suppression and energy use.

Interestingly, NPGL levels were seen to decrease significantly in both high-fat diet groups after five weeks, however, it fell back to normal levels in the group of mice who were on the diet for the extended 13 weeks. To further show the relation of NPGL and appetite, professor Ukena injected mice directly with the molecule and found that they exhibited a voracious appetite.

It would seem that NPGL plays a vital role in the hunger and appetite mechanism, according to Ukena. Increasing appetite when energy falls and reducing appetite when abundant energy is detected helps keep us healthy and functioning. Professor Ukena goes on to say that exposure to high-fat diets for long periods of time lead to insensitivity to leptin’s appetite suppressing effects and that this results in NPGL to cause weight gain and obesity, with the body struggling to maintain a normal weight. Ukena admits that more research is required in this domain, but this new discovery provides insight into how our bodies operate.