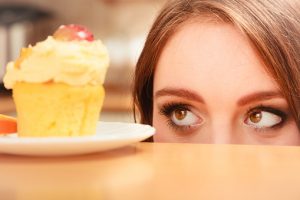 Dieting has always been the main component to weight loss and staying healthy. Unfortunately, with many of today’s modern conveniences and an overabundance of fast food, many Americans fall into the routine of eating much more than they actually need.

While there are many reasons why people find themselves in a never-ending spiral of overeating and unhealthy choices, new research may revolutionize the way the brain controls your appetite.

Researchers from the University of Warwick have identified for the first-time key brain cells, called tanycytes, that control our appetite. Theses tanycytes were found in the part of the brain that controls energy levels, detects nutrients in food, and communicates when food has been consumed.

Interestingly, these tanycytes responded to amino acids found in food, making one feel satiated after a meal. Two amino acids in particular, arginine and lysine, were found to react the most with tanycytes and are likely to make you feel fuller.


Showing the potential for appetite control

The discovery of tanycytes was made by adding concentrated amounts of arginine and lysine into brain cells. They were designed in a way to make them more visible by becoming fluorescent if a reaction occurred. Only a mere 30 seconds after adding the amino acids into brain cells, a response was detected, releasing information to the part of the brain that controls appetite and body weight.

“Amino acid levels in blood and brain following a meal are a very important signal that imparts the sensation of feeling full. Finding that tanycytes, located at the center of the brain region that controls body weight, directly sense amino acids has very significant implications for coming up with new ways to help people to control their body weight within healthy bounds,” said Nicholas Dale, Pridgeon Professor of Neuroscience at the University of Warwick.

The researchers are hailing this as a major new discovery, opening up new avenues for creating more effective and creative ways to help people reach their diet goals. Therapies that act directly on these brain cells could also be a possibility for suppressing appetite and promoting weight loss.

While more research is still needed, this development could help the millions of Americans and people around the world struggling with obesity.