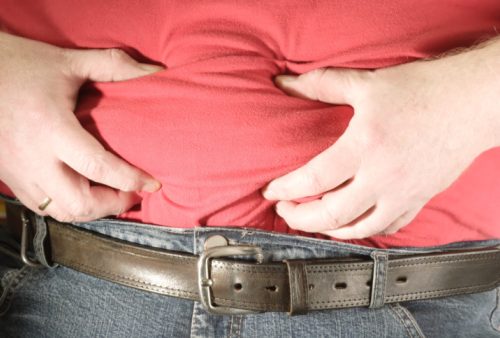 Researchers have uncovered that faulty brain signals cause obesity due to overeating high-fat diets. Obesity is a condition affecting more than one-third of American adults. Genetic and environmental factors are thought to play a role in obesity; diet is viewed as one of the leading factors.

It is known that consuming high amounts of fat will contribute to obesity. Furthermore, a high-fat diet has been deemed the second most lethal habit next to smoking. Low-fat diets have remained in the spotlight as a means to lose or maintain a healthy weight. But even still, we know the consequences of fat, and obesity rates continue to rise. Harvard T.H Chan School of Public Health revealed in a study that – when participants consumed a low-fat diet – they were no more successful than those who consumed moderate or high-fat diets in regards to losing weight. Additionally, low-fat diets were not shown to reduce the risk of disease either.

Although consuming high amounts of fat is detrimental, consuming low-fat diets full of carbohydrates from quickly digested sources is equally not beneficial and can still contribute to obesity. As new research suggests, brain signals also play a role in obesity and can direct a person to overeat high-fat foods.


Role of brain in high-fat diets lead to obesity 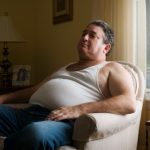 Published in the journal Heliyon, a study showed that the body regulates food intake by balancing our needs and wants for food pleasure. If this regulation becomes disrupted, it can result in overeating and lead to obesity.

One of the study’s authors Dr. Aurelio Galli said, “We have always been struck by how much animals – and even people – will over-consume tasty high-fat foods, even though they might be technically feeling full. A high fat diet causes people to eat more, which ultimately impairs the ability of obese people to successfully control their caloric intake, lose weight and maintain weight loss. We have conducted several studies trying to understand why a high fat diet has this effect.”

Obesity rates are fast climbing; they have more than doubled since 1980. Contributing factors of obesity include economic stresses, changes in the environment and changes in food trends.

When a defect occurs in the central nervous system, the body cannot match energy intake through food with energy output. The balance between the food we need and the food we want for pleasure is well controlled, but when brain signals are disrupted, how we eat becomes unbalanced and can lead to overeating.

Another author Dr. Kevin Niswender added, “We distilled the neurobiological mechanisms involved specifically in overeating for fat. We defined the why, where, and how of ‘hedonic’ obesity and found that disrupting a specific signaling pathway in the brain can lead to overeating specifically food high in fat.”

The specific signaling pathway is the insulin signaling pathway, and defects in it override the body’s natural homeostatic mechanisms to promote reward mechanisms. Dr. Galli added, “Our findings reveal a system that is designed to control eating of rewarding foods that are high in fat and possibly sugar. This system can be hijacked by the very foods that it is designed to control. Eating a high-fat or high-carbohydrate diet feels rewarding, but also appears to cause changes in the brain areas that are involved in controlling eating, by causing for example insulin resistance. Our study shows that when specific signaling in these areas of the brain is disrupted, it leads to a vicious cycle of increasing, escalating high-fat diet intake that likely further cements changes in these brain areas.”

The researchers plan to conduct future studies on the signaling in obese mice to determine if they would eat normally again.

How a high-fat diet affects your health 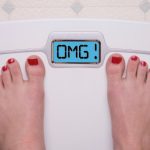 Being obese and consuming a high-fat diet is a recipe for poor health. Being obese can contribute to cardiovascular disease, diabetes, cancer and even premature death. But a high-fat diet, too, can contribute to poor health. Food is intended to nourish us and keep us well, thus all things should be consumed in moderation. When a diet is not balanced and leans towards high-fat, serious health consequences can arise. A few are listed below.

Heart disease: Heart disease is caused by atherosclerosis – hardening of the arteries – which occurs from a diet high in fat. A high-fat diet contributes to bad cholesterol as well as free radical damage. Damaged arteries from free radicals and a build-up of cholesterol plaque kills off working cells thus contributing to a heart attack.

Stroke: In a process similar to a heart attack a person can develop an ischemic stroke – blockage of an artery. A high-fat diet contributes to artery blockages which contribute to a stroke.

Cancer: Studies have shown that a high-fat diet is associated with certain cancers, like colon and breast cancer. Prostate, pancreas and lung cancer in nonsmokers, too, have been shown to be linked with consuming a high-fat diet.

Diabetes: Obesity is a large factor for the development of type-2 diabetes. The pancreas stops producing insulin or the body develops insulin resistance.

Osteoarthritis: Excess weight on joints along with a high-fat diet have been shown to increase the risk of many forms of arthritis as well as worsening the condition in those who have it and are obese.

In order to achieve good health and not become obese, it’s important to not consume a high-fat diet. Here are some tips you can follow the help avoid access dietary fat.

By following these tips you can begin to remove the excess fat from your diet and get on a good path to healthier eating.

Just in case you need another reason to watch your waistline, researchers at the National Institutes of Health (NIH), provide you with a compelling one; new research says midlife obesity may influence not only the chances of developing Alzheimer’s disease, but how early it will develop as well. Continue reading…

In what could be a significant breakthrough in the ‘battle of the bulge’, a potential obesity causing gene has been discovered by researchers at the University of British Columbia. The gene is found in every human, and encodes a protein called 14-3-3zeta, which is responsible for adipogenesis (production of fat cells) and the growth of those cells. Continue reading…