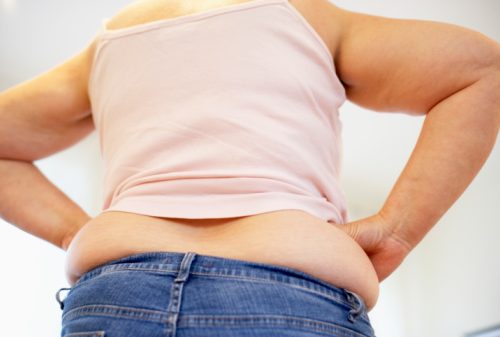 In what could be a significant breakthrough in the ‘battle of the bulge’, a potential obesity causing gene has been discovered by researchers at the University of British Columbia.

The gene is found in every human, and encodes a protein called 14-3-3zeta, which is responsible for adipogenesis (production of fat cells) and the growth of those cells.

This new discovery comes close on the heels of another discovery earlier this year where scientists found more than 100 regions on the human genome linked to obesity, via their ability to regulate the brain’s perception of hunger and the distribution of fat throughout the body. That study, however, did not identify the gene that encodes 14-3-3zeta.

When scientists experimented with this gene in laboratory mice, they were rewarded with some startling findings. After they silenced the said gene in mice, they found it resulted in a 50 percent reduction in an unhealthy “white fat” that’s usually associated with obesity, heart disease and diabetes. Through the experiment, the mice consumed the same amount and type of food as before the experiment. On the other hand, mice that had higher levels of the 14-3-3zeta protein, put on weight, became noticeably fatter, and had an average of 22 percent more white fat.

According to Gareth Lim, a postdoctoral fellow in UBC’s Life Sciences Institute, fat happens two ways in people – through the multiplication of their fat cells, and through the expansion of individual fat cells. The 14-3-3zeta protein affects both the number of cells and how big the cells become.

Discovery of this direct link between a protein and fat production could open up new avenues in the quest to control the obesity epidemic. Scientists theorize that by suppressing the gene or blocking the protein, they could prevent fat accumulation in people who have a tendency to put on weight, or are already obese.

As the family 14-3-3 protein often shows up in the unhealthy fat tissue of obese people, Lim and James Johnson, a professor of cellular and physiological sciences, first focused their attention to these proteins four years ago. Since then, they have been investigating this protein family. This current study identified zeta as the operative protein, and also suggested a cause-and-effect between 14-3-3zeta and fat accumulation.

Obesity is linked to increased risk of diabetes, heart disease, and some forms of cancer. Worldwide, obesity costs society $2 trillion each year. More than one in three US citizens and one in four Canadians are obese, and that number continues to grow. Alarmingly, the obesity rate is also increasing in children.

“Until now, we didn’t know how this gene affected obesity,” said Johnson. “But this study shows how fundamental research can address major health problems and open up new avenues for drug discovery.”

The team said they are extremely hopeful that this study would be useful in efforts to prevent obesity.