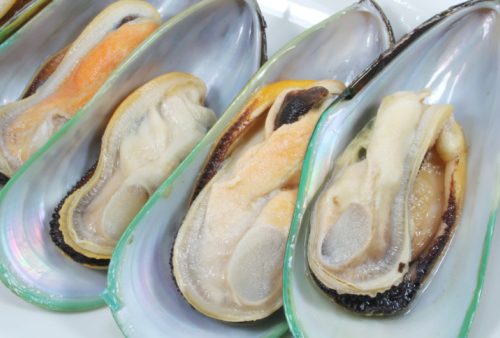 The ancients may have been on to something after all when they sucked backed on raw oysters to enhance their libido and sexual health. While it has long been believed that raw oysters hold the key to heightened sexuality, recent research has finally verified that the sexually enhancing effects of these salty morsels are, in fact, pleasantly real.  So if you’re looking to add a bit of umph to the bedroom tonight, you may want to consider adding raw oysters to your grocery list.

A team of American and Italian researchers analyzed bivalve molluscs, a group of raw shellfish that includes oysters as well as mussels and clams, purchased from fish markets near their laboratory in Naples.  A process known as high-performance liquid chromatography was used to identify the type and quantity of amino acids that were present in the shellfish.  Two particular amino acids were found: D-aspartic acid and N-methyl-D-aspartate.  These two amino acids are found in higher levels during the spring time, when shellfish are breeding.   Previous experiments have shown that these two amino acids trigger a chain reaction, resulting in the release of testosterone in males and progesterone in female rats when they are injected.   The researchers believe that the same will hold true in the human population.  Because this group of shellfish has an abundant source of these two amino acids, they will trigger a release of sex hormones, thereby enhancing sexual health. The researchers stress that in order to experience the sexual health benefits of oysters, they must be eaten raw since cooking the oysters reduces the amount of the amino acids that are responsible for improved sexual health.

While the thought of consuming raw oysters to improve your sexual health may seem appealing, it is important to be very cautious if you suffer from certain medical conditions.  According to the U.S. Food and Drug Administration (FDA), individuals suffering from diabetes, liver disease, hemochromatosis, cancer, stomach disorders or any condition that weakens the immune system are at an increased risk of serious illness if they eat oysters that are contaminated with V.vulnificus.   Symptoms of infection with this bacterium can show up within 24-48 hours after consumption and can include: fever, chills, nausea, vomiting, diarrhea, shock, and skin lesions. There is a 50 percent mortality rate from infection with V.vulnificus in people suffering from the above mentioned diseases.  It is therefore important that if you are in a high risk category, you consider alternatives to raw oysters.  However, if you do not have the above mentioned health diseases or disorders, there isn’t a significant risk of severe infection. So go ahead and eat some oysters!

While raw oysters may not look appealing and may not have an appealing texture, it is a common belief amongst individuals that they do in fact enhance sexual health.  Whether it is D-aspartic acid, N-methyl-D-aspartate, or zinc, a combination of these substances and a mere suggestion of an improved sex life will likely have a slight improvement in your libido when consuming raw oysters.  If you want to make your meal with a loved one more romantic (which may help to further enhance the mood) consider eating by candlelight and sipping on some champagne for optimal sexual health.

Seniors: How you can experience more intimacy as you age