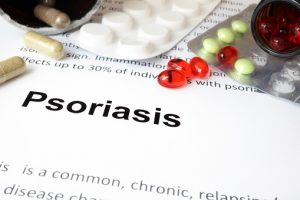 Psoriasis severity is linked to an increased comorbid presence of kidney, liver, and pancreatic diseases. In the study published in JAMA Dermatology, the researchers uncovered that psoriasis severity – measured by the percentage of the affected body surface – is strongly associated with a higher risk of comorbidities, including those that affect the lungs, liver, kidney, heart, and pancreas.

Study author Joel M. Gelfand said, “As we identify additional diseases linked to psoriasis, patients and physicians need to be aware of the increased odds of serious comorbid illnesses, which is especially important in severe cases. The complications from diabetes and links to COPD, kidney disease, and peptic ulcers we identified suggest new areas for research, while for the first time, demonstrating how increasing body surface area affected by psoriasis is directly associated with increasing risk of atherosclerotic disease.”

Although psoriasis primarily affects the skin, the correlation may be due to the fact that it is associated with widespread inflammation within the body, which can contribute to other health conditions. Furthermore, many of these diseases share a common pathway – TH-1 – which is known to promote inflammation and insulin resistance.

Nearly 30 percent of psoriasis patients will develop psoriatic arthritis, which puts them at a greater risk for cardiovascular disease, depression, and other health conditions. These include:

Knowing your risk factors for these comorbid conditions can prompt you to take the necessary steps towards risk reduction by partaking in a healthy lifestyle and properly managing your psoriasis.