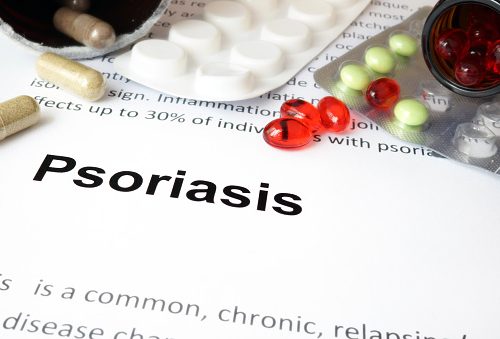 The results of a recent study published online by JAMA Dermatology, show that researchers were able to confirm the link between psoriasis, a chronic inflammatory skin condition, and an increased risk of depression. However, the risk was unrelated to the severity of psoriasis.

The chronic inflammatory problem affects three to four percent of the U.S. population, and it makes a significant psychological impact on the affected person.

The study was led by Roger S. Ho, M.D., M.S., M.P.H., of the New York University School of Medicine. He and his coauthors examined the relationship between psoriasis and major depression in a nationally representative group. However, earlier research suggested that both depression and psoriasis are associated with cardiovascular disease, so the team took into account the risk of depression associated with cardiovascular disease.

As part of the study the authors pored over data collected from participants in the National Health and Nutrition Examination Survey (NHANES) between 2009 and 2012. Based on a health questionnaire, the researchers were able to come to a conclusion for diagnosis of major depression.

According to the results, among a total of 12,382 U.S. residents, less than 3 percent (351 people) had psoriasis, and less than 8 percent (968 people) had major depression. Among the patients with psoriasis, 16.5 percent (58 people) met the criteria for a diagnosis of major depression. Another interesting fact that came to light by way of this study was that the average patient questionnaire score was lower among patients without a history of psoriasis than in those patients who had a history of the condition.

The researchers hope their successful identification of the link between depression and psoriasis will help increase the quality of life for sufferers and decrease all-cause mortality. However, they do understand that their study has limitations, most notably the fact that the study used cross-sectional data that prevents the establishment of a temporal relationship (which came first) between psoriasis and depression.

But even taking the limitations into consideration, the team is convinced that all patients with psoriasis, regardless of severity, are at risk for depressive symptoms and may benefit from depression screenings.