Home » Eye Health » How to Prevent This Common Health Problem 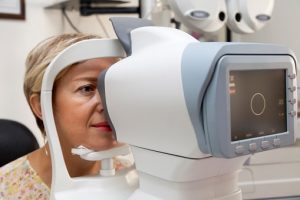 Vision loss is becoming a growing problem worldwide, but reports suggest that nearly half of the cases of vision loss are preventable.

A study carried out by the Vision Loss Expert Group reviewed data on vision loss among high-income countries from 2015 and looked at medical literature from the past 25 years.

On the other hand, the UK had the highest prevalence of moderate to severe vision impairment along with Andorra, Serbia, and Switzerland.

Professor Rupert Bourne who led the study explained, “Vision impairment is of great importance for quality of life and for the socioeconomics and public health of societies and countries. Overcoming barriers to services which would address uncorrected refractive error could reduce the burden of vision impairment in high-income countries by around half. This is an important public health issue even in the wealthiest of countries and more research is required into better treatments, better implementation of the tools we already have, and ongoing surveillance of the problem.”

The study reveals that simply having your vision checked can go a long way in the prevention of blindness. It can catch any changes in vision and the optometrist can offer recommendations on how to fix it, such as wearing glasses.