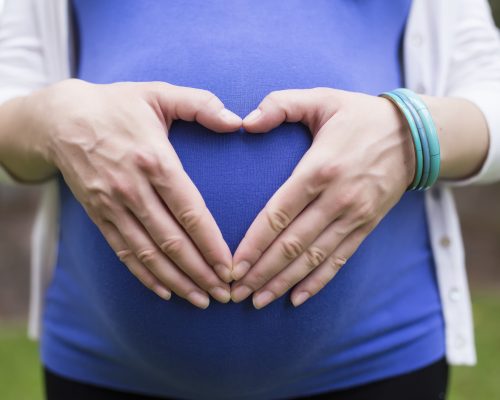 The researchers analyzed data of 136 IBD-affected pregnant women and created a retrospective chart review to determine how often nutritional information is obtained and any prevalence of nutritional deficiencies.

The researchers wrote, “Body mass index may not be the optimal indicator of nutritional status in patients with inflammatory bowel disease. Nutritional status and outcomes in pregnant women have not been fully investigated.”

Fifty-eight percent of the women were of ideal weight, 36 percent were overweight or obese, while five percent were underweight.

The researchers concluded, “Nutritional parameters are inadequately assessed in pregnant IBD women who have inadequate [maternal weight gain]. All pregnant women with IBD, regardless of pre-pregnancy BMI, should be screened for nutritional deficiencies.”

Nearly two-third of women in remission will stay in remission during their pregnancy, and those with active disease are likely to have their disease remain active. Having active disease may pose a challenge to conception and increases the risk of miscarriages along with other complications, like premature birth.

Here are some care tips that should be taken in women with IBD prior to pregnancy.

Studies are inconclusive with regards to the effects of IBD on pregnancy and the growth of the fetus. Health of the baby and the risk of complications are based on disease severity, the extent of IBD prior to pregnancy, and treatments used during pregnancy. Women with greater severity of disease are more likely to have a risk of premature delivery or a low birth weight of the baby.

Regular monitoring throughout the pregnancy can help detect any problems early on. Furthermore, pregnant mothers should keep regular follow-ups with their doctors and report any changes they notice.