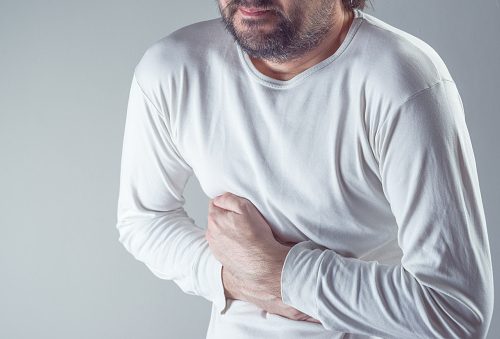 Senior author Dr. Herbert W. Virgin said, “This is the tip of the iceberg. A significant portion of the viral DNA we identified in these patients is unfamiliar to us — it comes from newly identified viruses we don’t know much about. We have a great deal of groundwork to do, including sequencing the genetic material of these viruses and learning how they interact with the gut and gut bacteria, before we can determine if changes in the virome cause these conditions or result from them.”

The researchers studied three groups of patients with Crohn’s disease or ulcerative colitis. In each group, viral DNA was compared between the IBD patients and healthy individuals. Dr. Virgin explained, “Much of the increased viral diversity in participants with inflammatory bowel diseases was in the form of bacteriophages, which are viruses that infect bacteria and can incorporate themselves into the bacteria’s genetic material.”

The researchers speculate that the changes in the gut that diminish bacteria in IBD may unleash bacteriophages in the dying bacteria. Or, introduction of new bacteriophages may trigger a reaction in the digestive system, causing the disorder.

Dr. Virgin concluded, “We know that mutations in human genes affect the risk of inflammatory bowel diseases, and scientists also are exploring how bacterial genes may influence risk. Our results show that the virome’s potential effects on the gut also need to be a part of these investigations.”

A new inflammatory bowel disease treatment is targeting the gut microbiome. Dr. Jonathan Braun of the David Geffen School of Medicine at UCLA said, “This research is beginning to tell us about how some ‘bad’ bacteria are specifically linked to IBD, IBD families, and disease flares. We’re still just at the beginning, but this line of research opens the possibility of manipulating the immune system and the balance of good and bad bacteria to influence the course of IBD.”

The results of the study revealed significant differences in intestinal bacteria in IBD patients to those without IBD. Researchers also found that bacterial changes occur during a flare-up or worsened symptoms, and preventing such flare-ups is an important aspect of IBD treatment.

Dr. Braun added, “For example, patients could receive medications to block specific enzymes, or dietary choices—possibly including probiotics—to stimulate a healthier microbiome. However, a great deal more research will be needed to identify the most promising treatments, and design studies to evaluate their benefits for people living with IBD.”

“Researchers working on the Microbiome and Genetics Initiatives are making discoveries with real potential to lead to new treatments that can improve the lives of patients and families affected by IBD. We’re optimistic that these lines of research will lead to a better understanding and improved clinical management of Crohn’s disease and ulcerative colitis in the not-too-distant future,” concluded Dr. Caren A. Heller, Chief Scientific Officer of the CCFA.