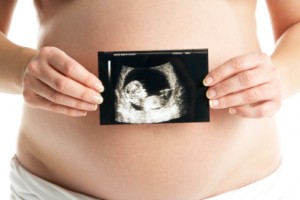 Pregnancy can be a beautiful time in a woman’s life – it’s the moment when a woman has the opportunity to bring new life into the world. Although pregnancy is a joyous occasion, it can also bring with it risks and complications that all women should be made aware of.

Here is a roundup of Bel Marra Health’s top pregnancy news stories and the research and breakthroughs that came along with it.

The aim of this innovation is to study the inner workings of the human placenta and the role it plays during the human gestation period. The chip is designed to imitate the placenta on a micro-level and model the transfer of nutrients from mother to fetus.

“We believe that this technology may be used to address questions that are difficult to answer with current placenta model systems and help enable research on pregnancy and its complications,” said Roberto Romero, chief of the NICHD’s Perinatology Research Branch and study co-author. Learn More

Recent research shows that women are gaining skewed pregnancy perceptions from the media. 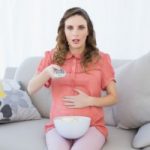 The idiot box has become something to be wary of, more so than something to laugh at. Research confirms that the TV, in its own imperceptible way, is impacting the layman’s understanding of health and medicine.

In a recent study, researchers looked at the impact of television on creating patient expectations, especially regarding pregnancy and birth.

The study, led by Danielle Bessett, an assistant professor of sociology in the McMicken College of Arts and Sciences at the University of Cincinnati, took a closer look at how women decoded television content regarding pregnancy and birth.

As part of the study Bessett analyzed 64 pregnant women from the greater New York and Connecticut metropolitan area over a two year period. The participants were from different races and socioeconomic backgrounds. Learn More

A study suggests that high blood pressure during pregnancy can increase risk of heart complications.

Pregnancy can cause changes to your health, like morning sickness for example. If a pregnant woman has high blood pressure, new research suggests this can contribute to deteriorated health in the future. Additionally, researchers have uncovered that siblings of pregnant women with high blood pressure also develop degenerated health down the road. Brothers, in particular, are at higher risk for heart disease.

Although the findings suggest women with high blood pressure while pregnant can experience health complications later in life, they did not determine the cause and effect of the association. 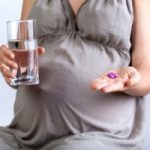 Researchers have found an increased autism risk in children when the mother has taken antidepressants – specifically selective serotonin reuptake inhibitors – within the last two trimesters of pregnancy.

Researchers explored data of pregnancies and children in Quebec, Canada between 1998 and 2009. The authors identified 1,054 children with autism from 145,456 births. Age of onset for autism was roughly 4.6 years old, and there were four times as many boys with autism than girls.

Iodine deficiency plays a role in goiters, hypothyroidism and pregnancy-related problems. Iodine is an essential element necessary for proper bodily functions, especially in regards to the thyroid.

The body does not produce iodine; therefore, you must supplement it in your diet. Iodine is commonly found in iodized table salt, multivitamins, dairy products, soy milk and soy sauce, and saltwater products, such as seafood and seaweed.

If you are low in iodine, you can have an iodine deficiency and not only does this cause problems for the thyroid – iodine is essential for proper thyroid function – but it can also lead to pregnancy-related problems as well. Learn More