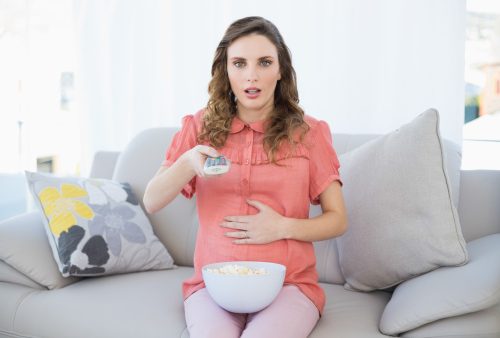 The idiot box has become something to be wary of, more so than something to laugh at. Research confirms that the TV, in its own imperceptible way, is impacting the layman’s understanding of health and medicine.

In a recent study, researchers looked at the impact of television on creating patient expectations, especially regarding pregnancy and birth.

The study, led by Danielle Bessett, an assistant professor of sociology in the McMicken College of Arts and Sciences at the University of Cincinnati, took a closer look at how women decoded television content regarding pregnancy and birth.

As part of the study Bessett analyzed 64 pregnant women from the greater New York and Connecticut metropolitan area over a two year period. The participants were from different races and socioeconomic backgrounds.

The study gives a detailed account of the pregnancy-related use of popular media, especially television, and the women’s perspectives on how it affected their expectations for pregnancy.

Twenty-eight women reported that they had tuned in to at least some pregnancy-linked reality television, such as TLC’s “Baby Story” and “Maternity Ward” and Discovery Health’s “Birth Day.” Of course the viewership of these programs was more skewed towards unemployed women or women who cared for children at home than to working women.

Another factor that played a role in how women described their use of television was education. The more educated the women, the less they allowed the television content to impact their expectations for pregnancy.

Highly educated women who watched these programs denied using them as sources of information and saw them purely as entertainment or a tool for educating young children about reproduction.

The lesser educated women perceived the information on TV as an alternative to traditional childbirth education. They saw reality TV as a source that they could take advantage of and basically did not rule any potential source of information out.

In many instances, these women evaluated the reality shows critically, assessing their credibility.

Now here is the problem: according to research, on average, reality shows show births with many more medical interventions than what normally happens in real life. So what these lesser educated women are taking away from these programs is a more skewed and medicalized view. And as the aim of fictional TV shows is to keep people’s attention and ramp up the emotions of the viewer, the truth is often even more distorted.

The fact that many of these women cited overly dramatized medical scenes indicates how TV programs, both reality and fictional, helped create a fear in these women about their impending labor. Of course, though fear was the overriding emotion, it was not the only one. Some women were disillusioned in their own birth processes in relation to what they saw though television.

It must be noted, however, that even those who said they did not get pregnancy information from television or watch reality programs, and the highly-educated women who denied the influence of television, still made many references to representations of pregnancy and birth on TV.

Some women mentioned pregnancy representations they had seen long before they got pregnant, and those powerful impressions ultimately stayed with them.

The results of the study, which will be presented at the 110th Annual Meeting of the American Sociological Association (ASA), will reveal how much of an impact reality TV and fictional programs have on the perception of a pregnant woman about her big day.

This important study might lead to a whole new avenue for imparting information related to health – gift wrapped as television content.