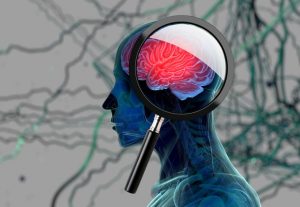 Dementia is on the rise worldwide, yet there aren’t many treatments available. This may soon change, as there’s a new treatment in the works that has shown promise in mice models as a possible dementia treatment. It involves ultrasound waves, which when applied to the whole brain of mice, improved cognitive function.

The study was carried out by researchers at Tohoku University in Japan and was led by cardiologist Hiroaki Shimokawa.

Shimokawa explained, “The LIPUS therapy is a non-invasive physiotherapy that could apply to high-risk elderly patients without the need for surgery or anesthesia and could be used repeatedly.”

Drug treatments for dementia are limited. Cells that line the brain’s blood vessels are tightly packed, which creates blockages that prevent large molecules from entering brain tissue – this makes it difficult for standard treatments to work.

Alternative studies on LIPUS have demonstrated improvement in pigs with myocardial ischemia, improved nerve cell survival and growth, and even improved dementia rates in mice.

In the most recent study, researchers discovered vast improvements in mice with similar conditions to vascular dementia or Alzheimer’s disease when LIPUS was applied to the whole brain three times a day for 20 minutes each.

The study offers hope that this treatment may yield similar results among humans, which would make it a relatively safe treatment method for treating dementia and Alzheimer’s disease.