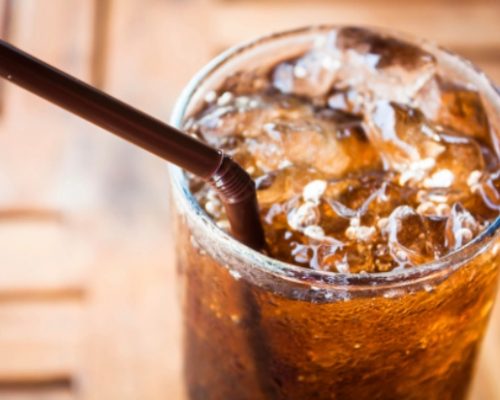 A new report suggests that Americans who only get five hours or sleep or less happen to be in many cases heavy soda drinkers. Soda is a common source of sugar in our diet, and both soda drinking and sleep insufficiency are associated with obesity, which is a risk factor for heart disease and diabetes.

The researchers examined data from nearly 19,000 adults and found that 13 percent of them slept only five hours or less. A significant difference between poor sleepers and those who did get adequate sleep was that poor sleepers consumed 21 percent more soda.

Study lead author Aric Prather explained, “The most likely way in which soda consumption can negatively affect sleep is through ingesting the caffeine typically found in soda, because caffeine blocks the binding of a particular chemical in the brain responsible for us feeling tired. With respect to sugar, it is probably more likely that a lack of sleep increases one’s drive for consuming sugar than it is that sugar is negatively affecting our ability to sleep.”
Aside from being heavy soda drinkers, these poor sleepers tended to be smokers and lived a sedentary lifestyle, compared to those who enjoyed more hours of sleep. Poor sleepers were also more likely to have chronic health conditions.

Michael Grandner, director of the sleep and health research, commented on the findings, “It has been relatively well-established that people who don’t get enough sleep and those whose sleep is of poor quality are more likely to gain weight and become obese. We also know that part of the reason for this is that their sleep patterns may be leading them to a more unhealthy diet, which may be causing the weight gain. But up until now, there really wasn’t a specific focus on soda consumption, even though we know that soda is a leading driver of obesity.”

Although cutting back on sugary beverages may not suddenly improve sleep, it is still recommended that we all manage our sugar intake, in both our food and drinks, as a way of promoting good health.