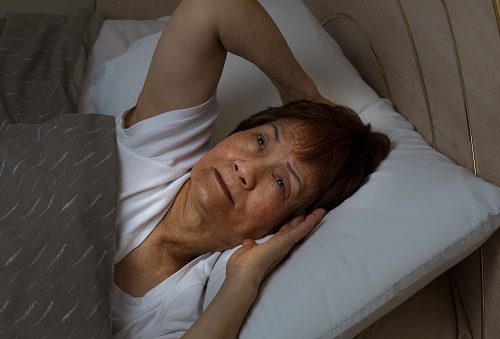 A new UK study has found that individuals who suffer from insufficient nightly sleep tend to have larger waistlines and are more likely to be obese and overweight. People who averaged six hours of sleep a night had waistlines three centimeters larger than those who slept nine hours a night. The shorter a person slept, the heavier they tended to be.

The results add to evidence that sleep is a contributing factor to metabolic diseases such as diabetes.

The study looked at the link between sleep duration, diet and weight, and indicators of overall metabolic health such as blood pressure, blood sugar, cholesterol, and thyroid function.

The study included 1,615 adults who logged their sleep duration and food intake. Blood samples were also taken from the participants along with waist circumference and blood pressure.

Researcher Greg Potter explained, “The number of people with obesity worldwide has more than doubled since 1980. Obesity contributes to the development of many diseases, most notably type 2 diabetes. Understanding why people gain weight has crucial implications for public health.”

Short sleep duration was linked to lower HDL cholesterol levels, which is another large contributing factor to health problems.

Other studies have suggested that poor sleep could lead to worsened dietary choices, which is another contributing factor to obesity and larger waistlines. In this study in particular, this association wasn’t found.

Senior investigator Dr. Laura Hardie concluded, “Because we found that adults who reported sleeping less than their peers were more likely to be overweight or obese, our findings highlight the importance of getting enough sleep.

How much sleep we need differs between people, but the current consensus is that seven to nine hours is best for most adults.”

The study just adds further evidence toward the importance of a good night’s sleep not only for overall health but to ensure you maintain a healthy weight too.

Related: Your poor sleep may be due to this one thing

Poor sleep puts you at risk for this