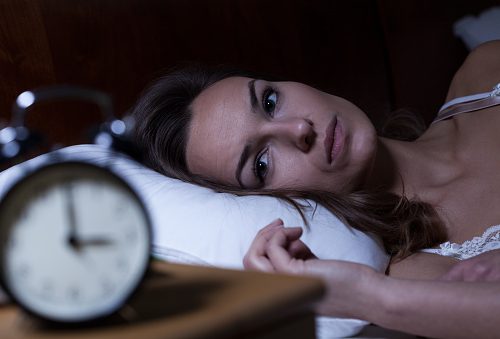 The importance of getting a good night’s sleep cannot be stated enough. But with all the proven benefits of regularly getting your well-deserved seven to eight hours, everybody has their own, subjective reasons for making sleep a priority. Some people are just lucky enough to have a sleeping schedule of clockwork precision. They don’t even need an alarm—their body puts them to sleep at the same time every night and wakes them up at the same time every morning. Women often talk about beauty sleep—and they aren’t too far away from the truth. A good night’s sleep can do wonders for your appearance, smoothing out fine lines, improving complexion, erasing the signs of fatigue, and adding a youthful glow. For professionals who must be 100 percent accurate and alert (pilots and surgeons, for example), sleep is necessary for successful job performance.

Sleep deprivation wreaks havoc on your health in the long term, and here’s one more reason to get your shuteye under control: chronic sleep troubles make you more prone to bone fractures. While osteoporosis is more prevalent among women, men who don’t sleep at night may end up with weaker bones after just three weeks of poor sleep. (There’s an epidemic of sleep loss in America.)

Sleep to keep your bones strong

A recent small-scale study out of the University of Colorado looked at the effects of poor sleep in two groups of men: young men aged 20 to 27 and older men over 55 (who are more likely to suffer from sleep deprivation and its aftermath). The aim of the study was to gauge the detrimental effect of disruption to the body’s circadian rhythms, resulting in a mismatch between one’s biological clock and the environment, similar to jet lag. During the three-week study period, the participants’ daily bedtime shifted to four hours later than the previous day’s, mimicking the effect of traveling four time zones west on a daily basis.

At the end of the study, all of the subjects demonstrated significantly lower levels of a bone formation biomarkers in the blood. To the researchers’ surprise, younger men were more affected than their older counterparts, showing a 27 percent drop compared to an 18 percent drop in the latter. (A good night’s sleep is nature’s best medicine.)

If translated to a longer term (as in the case of chronic sleep problems), such drastic decline in bone formation biomarkers would mean that the bone cannot effectively repair itself on a regular basis, ultimately resulting in weaker bones and setting the stage for early onset osteoporosis in the younger crowd.
Study author Christine Swanson explained, “This altered bone balance creates a potential bone loss window that could lead to osteoporosis and bone fractures. This data suggests sleep disruption may be most detrimental to bone metabolism earlier in life when bone growth and accrual are crucial for long-term skeletal health.”

Although this particular study was conducted on a small group of subjects, it offers groundwork for further research on inadequate sleep as a possible risk factor for osteoporosis. (Fall asleep fast and sleep all night.)

With osteoporosis estimated to be affecting about 54 million Americans and insomnia robbing up to 25 percent of Americans of their sleep, it only makes sense to ensure your sleep quality is a priority in order to keep your bones strong, regardless of your age. Dealing with stress, establishing a bedtime routine, practicing proper sleep hygiene, and addressing any medical conditions that affect your sleep are all working strategies, along with maintaining sufficient levels of physical activity (which, by the way, is essential for bone health too).

How sleeping on the floor can be healthy

Yoga and sleeping positions to relieve gas and bloating